India   All India  12 May 2021  States blame Centre for shortage of vaccine
India, All India

Since the 3rd phase of vaccination began amidst a ferocious 2nd wave of Covid-19, India has been facing acute shortage of vaccines 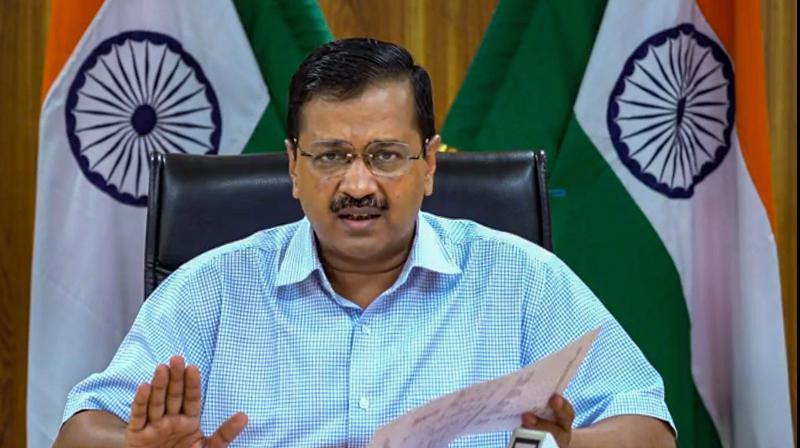 Delhi chief minister Arvind Kejriwal also wrote to Prime Minister Narendra Modi over vaccine shortage on Tuesday, saying the Centre should share the vaccine formula of the two manufacturers with other capable pharmaceutical companies to scale up production in the country.— PTI

New Delhi: With state governments running out of both varieties of vaccines and having to either shut down vaccination centres or ration them, several states and Union Territories, including Maharashtra, Delhi, Karnataka, Andhra Pradesh, Telangana and Odisha, are planning to float global tenders to procure vaccines and ramp up the inoculation drive. Many of them blamed the Centre for the shortage and said that its new policy is forcing states to compete with each to procure vaccines rather than help each other.

The Maharashtra government indicated on Tuesday that it would buy vaccines from the global market to cater to its needs. Delhi’s deputy chief minister Manish Sisodia too said the AAP government will float a global tender for procuring coronavirus vaccines.

Maharashtra health minister announced that the state will give priority to those in the 45-plus age category and needing a second dose. Addressing a press conference, he alleged that the BJP-ruled Centre is "forcing" state governments to invite global tenders for vaccine procurement.

“The Central government wants the states to compete and fight with each other in the international market for vaccines,” Mr Sisodai alleged.

Delhi chief minister Arvind Kejriwal also wrote to Prime Minister Narendra Modi over vaccine shortage on Tuesday, saying the Centre should share the vaccine formula of the two manufacturers with other capable pharmaceutical companies to scale up production in the country.

The World Health Organization, India and South Africa have have all called for patents to be temporarily suspended, especially by the US.

According to the Centre’s Liberalised Pricing and Accelerated National Covid-19 Vaccination Strategy, Covid-19 vaccination is free at government vaccination centres that receive doses from the Centre for eligible population groups comprising healthcare workers, frontline workers and people above the 45 years of age. However, states and private hospitals have to procure vaccines to immunise persons in the age group of 18 to 44 years.

Since the third phase of vaccination began amidst a ferocious second wave of the Covid-19 pandemic, India has been facing acute shortage of vaccines.

The Centre on Tuesday asked states and UTs to ensure all beneficiaries who have taken the first dose are prioritised for the second doses during the vaccination drives. The decision came as huge crowds were reported at several places after the government opened vaccination for the 18-plus population.

The Odisha government, meanwhile, has formed committees for the supervision of the proposed global e-tendering process to procure Covid-19 vaccines.

The Telangana Cabinet Tuesday decided to invite global tenders for the procurement of vaccines to inoculate the state’s entire population.

Officials said the Andhra Pradesh government will float a global tender in a day or two for the procurement of Covid-19 vaccines from foreign manufacturers to complete the vaccination process as quickly as possible.