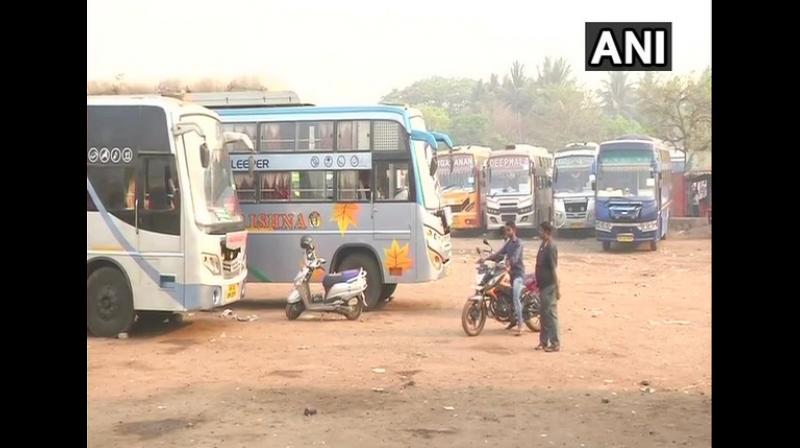 Krishna: In the backdrop of private bus operators allegedly charging excessive fares from passengers, the State Transport Department has been conducting raids since last 5 days, and have registered 495 cases against violators and seized 6 buses, levying a fine of Rs 24,000 on each.

In the wake of Dasshera holidays, huge number of private buses are operating, however, there were reports of them charging excessive fare from the passengers.

"As per the orders of higher authorities, we have been verifying private buses for the past five days. We are filing cases on those operators collecting excessive fares. Till now, 495 cases have been filed and 6 buses have been seized while 2 buses are seized for non-payment of taxes. Each bus is imposed with a fine of Rs 24,000. Raids are being conducted at Gottipadu toll gate, Garikapadu check post and Keesara toll gate. We have orders to continue raids till Deepavali festival," said the official of Road Transport department