The strength of Maharashtra ministry has now gone up to 20, less than half the maximum allowed strength of 43 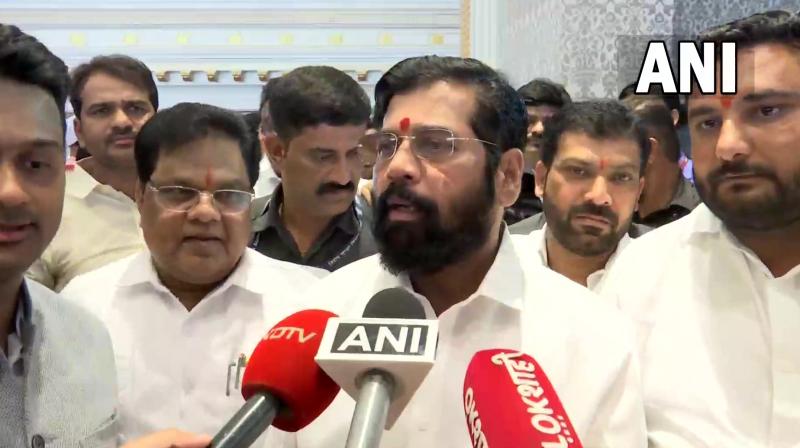 Eighteen legislators, including state BJP president Chandrakant Patil, were sworn in as cabinet ministers at Raj Bhavan in south Mumbai.

The strength of Maharashtra ministry has now gone up to 20, less than half the maximum allowed strength of 43.

Governor B S Koshyari administered the oath of office to the ministers. The event, scheduled to begin at 11 am was delayed by 15 minutes.

On June 30, Shinde was sworn in as the chief minister and Devendra Fadnavis took oath as deputy CM.

Those who took oath as ministers on Tuesday include nine each from the Shinde group and the BJP.

No minister of state was sworn in today. There will be another ministry expansion later, an aide of Shinde said.

While BJP has inducted Lodha, who hails from Mumbai, the Shinde group hasn't included any legislator from the financial capital, where municipal corporation elections are slated later this year.