One of the admirable things about Naidu ji is his passion for Indian languages, said the Prime Minister 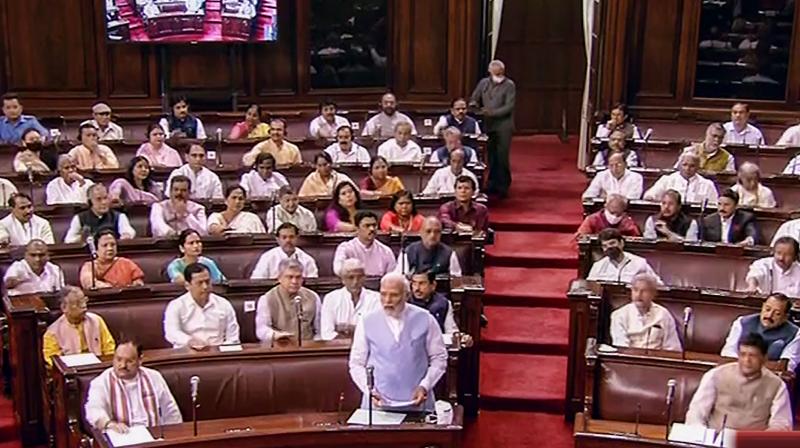 New Delhi: Prime Minister Narendra Modi on Monday lauded the retiring Vice President and Rajya Sabha Chairman M Venkaiah Naidu for the multiple roles he played in his long political career and complimented him on his witty one-liners.

Delivering a farewell speech in the Rajya Sabha two days ahead of Naidu's retirement, the Prime Minister said he has worked with Naidu closely over the years and seen him take up different responsibilities and perform each of them with great dedication.

Lauding the power of speech of the vice President, PM Modi said, "The one-liners of Venkaiah Naidu ji are famous. They are wit-liners. His command over the languages has always been great."

"There is both depth and substance in what Venkaiah ji says," said the Prime Minister while initiating the farewell speech to honour the Vice President.

As our Vice President, the Prime Minister said "You devoted a lot of time to youth welfare. A lot of your programmes were focused on Yuva Shakti."

"When we mark August 15th this year, it will be an Independence Day when the President, VP, Speaker and PM would have been born after Independence. And that too, each of them hail from very simple backgrounds," PM Modi said in the Rajya Sabha.

One of the admirable things about Naidu ji is his passion for Indian languages, said the Prime Minister, adding "this was reflected in how he presided over the House".

In 2017, the National Democratic Alliance (NDA) nominated M Venkaiah Naidu as its candidate for the vice-presidential election and he went on to become India's 15th vice president.