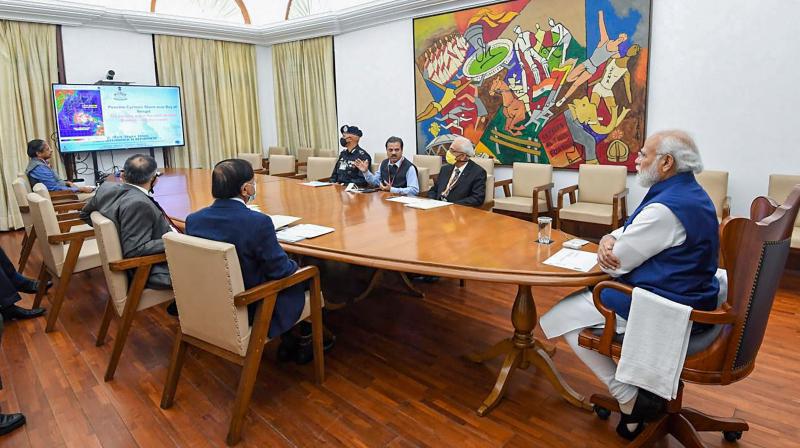 Prime Minister Narendra Modi chairs a meeting on the cyclone related situation in the country, in New Delhi. (Photo: PTI)

New Delhi: Prime Minister Narendra Modi is chairing a meeting on the cyclone-related situation in the country, sources said on Thursday.

Modi was being briefed by top officials on the possible cyclonic storm over the Bay of Bengal that could affect north Andhra Pradesh and Odisha coasts.

With the IMD forecast of a cyclonic storm reaching Odisha coast on December 4, the state government on Wednesday had asked collectors of 13 districts to prepare for evacuation of the people and has chalked out a disaster management strategy by requisitioning NDRF, ODRAF and fire department personnel for rescue and relief operation.

The forecast said that the low pressure area in south Andaman Sea will intensify into a depression and move towards the coast as a cyclonic storm on December 4 and the Coast Guard has initiated extensive pre-emptive measures in the eastern coast keeping it in view.