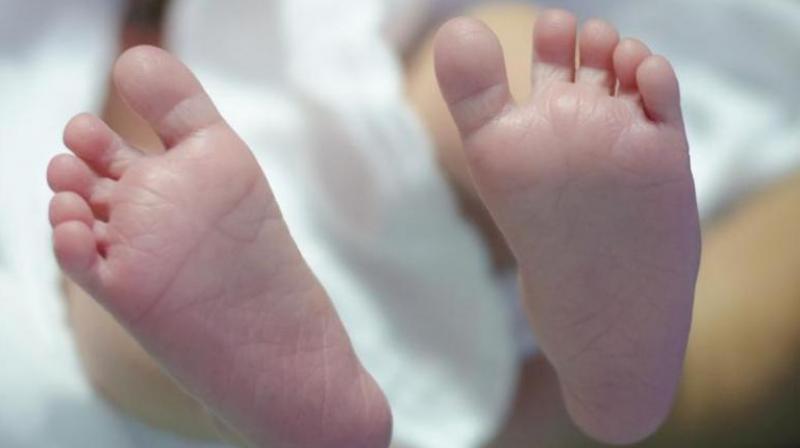 The incident is of Max Hospital in Shalimar Bagh where a woman gave birth to pre-mature twins on Thursday evening.

New Delhi: In a case of alleged medical negligence, one of the newly born twins, who was declared dead by an upscale private hospital in Delhi, was later found to be alive when the parents were on their way to perform the last rites.

The police has registered a case under Section 308 of the IPC which governs cases related to attempt to commit culpable homicide and is punishable by upto seven years in jail.

The incident is of Max Hospital in Shalimar Bagh where a woman gave birth to pre-mature twins (a boy and a girl) on Thursday evening. While the girl was stillborn, the baby boy was declared dead later. The hospital wrapped the two bodies in two separate paper bags and handed over the same to the family in a polythene bag.

While the family was on its way to perform the last rites, they felt some movement and squirming coming from inside the bag. To their utter shock, one of the babies, which was declared dead, was found alive. “We were near Madhuban Chowk when we felt some movement in the bag. Upon finding it alive, we took the baby to a hospital in Pitampura where he is being currently treated,” said the baby’s maternal grandfather, Praveen Malik.

Reacting to the incident, Union health minister J.P. Nadda said he had directed the Delhi government to look into the matter and take necessary action.

“It is very unfortunate. I have directed the Delhi government to look into the matter and take necessary action,” Mr Nadda told reporters.

The Delhi government has ordered a probe into the incident with chief minister Arvind Kejriwal promising “strict action” against the hospital, if found guilty.

Delhi health minister Satyendar Jain has ordered an inquiry by the health department.

The family of the twins said that the doctors in Max Hospital, before declaring the baby dead, had said that his condition was serious.

The police in a statement said, “Yesterday, we received a call at Shalimar Bagh police station. The callers said one Varsha, wife of Ashish, was referred to the Max Hospital from a nursing home in Paschim Vihar on account of possibility of premature delivery.”

“She was admitted there on November 28. The doctors had told the family that she was serious and the chances of survival of the twins were slim, as she was six months pregnant,” they said.

Varsha had given birth to a boy and a girl. The family was later informed that the twins were stillborn and handed over to the family, the police said.

The hospital, in a statement, has said that it is “shaken and concerned at this rare incident” and it too has initiated an enquiry.

“It has been brought to our attention that a pre-mature (22 weeks) new-born baby, who is reported to be on life support at a nursing home, was unfortunately handed over without any sign of life by Max Hospital, Shalimar Bagh. This baby was one of the twins delivered on the morning of Nov 30th. The other baby was stillborn. We are shaken and concerned at the rare incident. We have initiated a detailed inquiry, pending which, the concerned doctor has been asked to proceed on leave immediately. We are in constant touch with the parents and are providing all the needed support,” it said.