India   All India  01 Dec 2021  No record of farmers who died during agitation, says Centre
India, All India 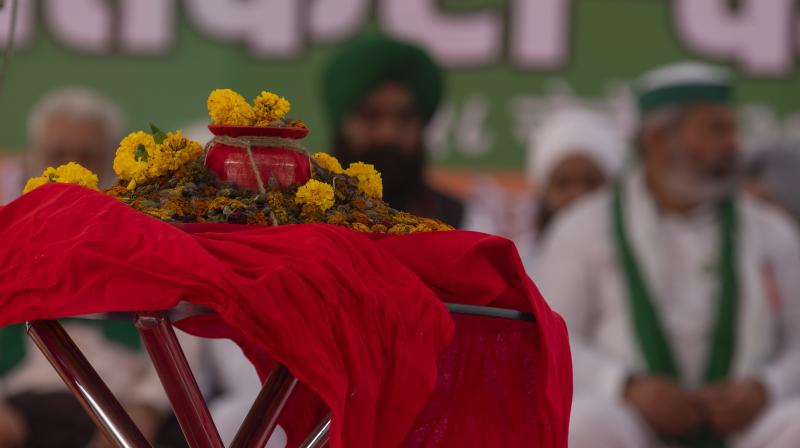 Ashes of farmers killed during protest against farm laws are kept on table during a protest in solidarity with farmers in Mumbai. (Photo: AP)

New Delhi: The Centre on Wednesday said it has no record of farmers who died during the agitation against the farm laws.

In its response to a question on whether it proposes to provide financial assistance to the kin of farmers who died during the agitation, the Ministry of Agriculture and Farmers' Welfare replied in the Parliament that it has "no record in the matter and hence the question does not arise."

On the third day of the winter session, the Leader of Congress Party in Lok Sabha Adhir Ranjan Chowdhury raised the issue of the death of farmers during the protest against farm laws.

Meanwhile, farmers' unions have demanded compensation from the Centre for the families of those farmers who died during the agitation.

Bharatiya Kisan Union (BKU) leader Rakesh Tikait reiterated that the farmers' agitation will continue as the government has not accepted their demands.

"Over 50,000 cases registered during the agitation should be withdrawn. MSP guarantee should be enacted. Farmers who have lost their lives should be compensated. These are our main issues. Government should talk," Tikait told ANI.