Their samples have been sent for genome sequencing to ascertain if they have the new variant, sources said 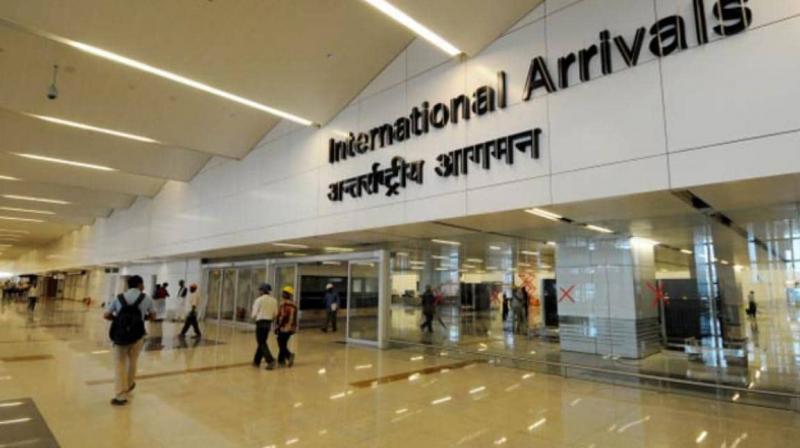 Travellers from the "at-risk" countries have to follow additional measures on arrival in India from Tuesday midnight. (Photo: PTI)

New Delhi: Four people who flew into Delhi from the Netherlands and the UK in the early hours of Wednesday have tested positive for COVID-19 and their samples have been sent for genome sequencing to ascertain if they have the new variant, Omicron, sources said.

All four have been admitted to the LNJP Hospital, where a dedicated ward has been set up for isolating and treating such patients, they added.

"Four flights originating from Amsterdam and London and carrying 1,013 passengers landed at the Indira Gandhi International Airport between 12 night and 6 am. Of these passengers, four have tested positive," a source said.

All four are Indian nationals, he added.

According to the Centre, the countries designated as "at-risk" are the European countries including the UK, South Africa, Brazil, Botswana, China, Mauritius, New Zealand, Zimbabwe, Singapore, Hong Kong and Israel.

Travellers from the "at-risk" countries have to follow additional measures on arrival in India from Tuesday midnight.

Under the new norms, RT-PCR tests are mandatory for passengers arriving from the "at-risk" countries and they will be allowed to leave the airport only after the results come.

Also, five per cent of the passengers arriving in flights from other countries will be subject to the test randomly.