31 Mar 2020  Kolkata and the popular imagination
In Focus

Kolkata and the popular imagination

Being an intercity specialist, Savaari’s chauffeurs are trained specifically for long distance journeys 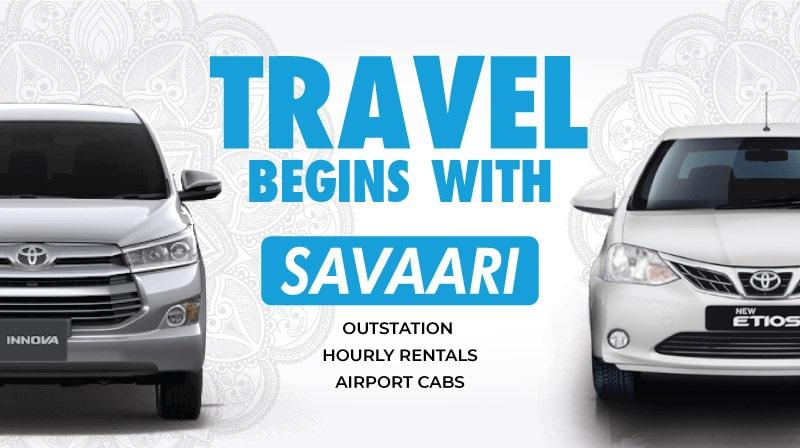 Being an intercity specialist, Savaari’s chauffeurs are trained for long-distance journeys.

Kolkata’s representation, one forever fixed in popular imagination, is incomplete without the stately Ambassador taxi painted a shade of nostalgic yellow. These taxis are synonymous with the city, and yet, the number of yellow cabs in Kolkata has been seeing a steady decline. The conjunction of a number of factors has led to this rather regrettable state of affairs; and while, we rue the end of a certain Kolkata, another has risen to take its place.

One need not be an astute analyst to understand the factors behind the gradual disappearance of yellow taxis. Production of Ambassadors ended in 2014 due to lack of demand, which effectively put an end to the possibility of new Ambassadors on the road. Further, the Government decided to phase out 15 year old taxis, which essentially guaranteed the extinction of the Ambassador. Further, outside competition in the form of Ola, Uber as well as other miscellaneous players like Savaari, who much preferred the Indica’s and the Etios’ to the prodigious Ambassador (weighing more than a ton), sounded the final death knell. Economic reasons, changes in policy as well as technological innovations parallelly contributed to the status quo.

Some less customer-friendly practices such as the routine refusal of rides, charging over and above the metered fare, reduced the yellow taxis to dysfunctional relics. However, ride-refusal has not been solved even now, especially with respect to on-demand cabs, where drivers can reject a ride if the destination is not per their preference. Savaari’s prebooked cabs have vitiated this situation to some extent, especially when important meetings or visits are concerned.

Savaari:  How it has disrupted the yellow taxi ecosystem

Savaari’s cabs are pre-booked. This means that you need to make a booking 4 hours before your trip starts. Where you lose out on agility (the ability to instantly book cabs), you gain on reliability, comfort, quality of cab as well as the seamless trip experience that a well-heeled chauffeur is able to provide.

Further, Savaari’s wide range of service offerings make them a one-stop solution for all road travel related needs. Whether it is an outstation round trip, hourly rentals within a city, or an airport pickup or drop, Savaari’s reliable and more affordable services are slowly displacing the other forms of taxi commute. Transparent billing with clear invoices and cost breakdown further help customers understand what they are paying for. In comparison to this, traditional taxis still operate without any oversight, tending to charge arbitrary fares and refusing trips if the destination is not to their liking. Savaari’s taxi fares in Kolkata are affordable and cheaper than that of any other players’.

Being an intercity specialist, Savaari’s chauffeurs are trained specifically for long distance journeys, while their cars come equipped for all manner of eventualities, including a fully functional tool kit, spare tyres and the like. One can book outstation round trips to almost any destination from Kolkata, for example, customers often book a cab from Kolkata to Gangasagar with Savaari for a 3 day trip. Other common itineraries include Darjeeling, Siliguri, Kalimpong, Shantiniketan etc. While these might be some of the most common itineraries, Savaari will take you to any destination from Kolkata.

Going forward Savaari is looking at expanding its Kolkata business, especially with respect to its airport and intra city cabs. When it comes to airport cabs, Savaari has a significant advantage over competitors: no waiting times, significantly lower fares and an excellent track record of on-time service. It will be exciting to see how the taxi industry evolves over the next one year and how Kolkata can become the tourist hub in West Bengal.

Disclaimer: No Asian Age journalist is involved in creating this content. The Group also takes no responsibility for this content.

Inventagon pushing the limits of biotechnology in the health industry

What is a Botnet And Why is it Extremely Dangerous?