Estuary Blending Water has been successfully launched in Russia, and the UK 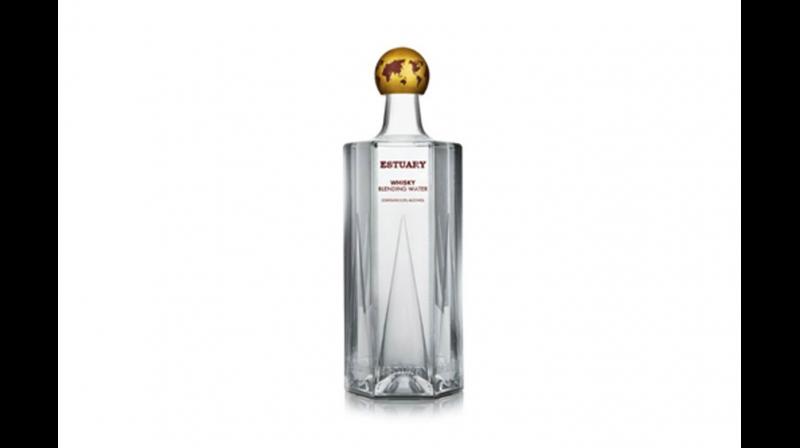 Called ‘Blending Waters’, these low-density waters have propriety TDS levels sculpted to compliment the taste of whisky and single malts. (Photo By Arrangement)

With a boom in local whisky consumption, India now has a thing or two to teach the world about luxury beverages. Indian epicurean start-up Estuary redefines the whisky tasting experience with a range of toned waters crafted exclusively for spirits. Called ‘Blending Waters’, these low-density waters have propriety TDS levels sculpted to compliment the taste of whisky and single malts. Estuary Blending Water has been successfully launched in Russia, and the UK.

Targeting regular water and pitching a luxury replacement is a challenging task, and Estuary began its campaign by highlighting that all water does in fact have its own taste. Which is Influenced by the mix of dissolved salts and minerals as well as micro-organic matter in each water source. Estuary claims to have a unique 7-stage filtering process that precisely regulates the density of water while removing flavor pollutants. All this processing results in a water that’s better suited as a mixer and blending agent.

And markets around the globe have responded positively to the introduction of the ‘Blending Water’ category. Though not yet distributed in Scotland, Whisky experts from the Scottish Whisky Awards gave the product a re-assuring nod of approval at the International Drink Expo 2021. Thereafter, inviting Estuary Blending Water to be the official pairing water at the Scottish Whisky Awards 2021. Particularly noteworthy is the fact that no other water had previously received such an endorsement.

With the product category being accepted by distributors abroad, Estuary has been turning its focus towards the more challenging domestic retail market in India. E-commerce portals in India only recently accepted the distinction between Estuary and other kinds of mixers, listing estuary as under the ’Blending Water’ classification. Besides the restaurants, cafes and hospitality segment, where Estuary always enjoyed niche demand, Estuary now retails at over 4000 physical stores across the country. Changing the behavior of the Indian consumer is no easy task. But with Blending water already becoming the norm at tasting sessions and award competitions, Estuary is changing the way India drinks whisky too.

The fact that such significant innovations in whisky culture are coming from India, isn’t too much of a surprise to the experts though. As Andrew White, a beverage marketing consultant from London comments “It might not be obvious, but India is the world’s largest whisky market and the second largest importer of Scotch Whisky, world-wide. With India consuming over a hundred million bottles of Scotch annually, it is producing new generations of malt connoisseurs. It’s only natural then, that the next big thing in the world of whisky come from India.”