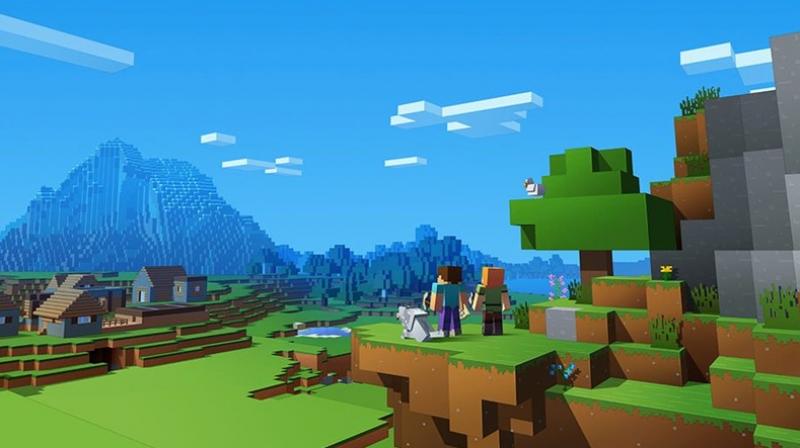 Minecraft has sold over 170 million copies across various platforms.

Minecraft players can now enjoy the game in virtual reality on a PSVR headset. Mojang Studios released this update on September 22. It is available for download for free.

The announcement was made via PlayStation’s official Twitter handle with an image of the VR version and a caption that says “Minecraft comes to #PSVR tomorrow!”

With the above tweet, a blog post was also shared by PlayStation in which Mojang made it clear that you will be able to enjoy all of Minecraft’s features and content in virtual reality exactly the same as the normal version of the game. That means no limitations whatsoever!

"It's Minecraft, but in stellar VR. It is 100% the same Minecraft game that you can play every day, every week, every month, every year…on PlayStation 4. Nothing removed. 100% wholesome & pure full-fat Minecraft." Mojang mentioned about Minecraft's PSVR experience.

Although, they haven’t really clarified anything about using third party tools such as mod packs, cps tester, ALTs etc.

To play Minecraft in virtual reality, you would need a PSVR headset (obviously!) and a DualShock 4 controller. If you have both, just update the Minecraft on your PS4 console and get ready to teleport yourself right inside the game.

There are two different modes in this VR update - Living Room mode and Immersive mode. As the name suggests, Living Room mode will let you experience the VR right inside your living room by projecting the game on a screen.

And, in the Immersive mode, you will be actually inside the game with freedom to move around in the real world.

Previously, playing Minecraft in virtual reality was only possible with Oculus Rift or Gear VR. Releasing the support for Playstation VR, Minecraft’s virtual reality mode will now reach a larger set of audience.

Mojang studios has been focusing on making the Minecraft experience more immersive since last year. In Oct 2019, Mojang released ‘Minecraft Earth’ - the augmented reality version of the game. It let players build their minecraft creations on real life surfaces.

Over the last few years, Minecraft has become one of the most selling video games of history. As per the official figures from 2019, the game had sold over 170 million copies across various platforms which is by far the highest number achieved by a video game ever.

Starting from simple features like player vs player, click test etc to adding support for virtual reality and augmented reality, Minecraft has also become feature-rich as well. Despite all the controversy about the creator and his exit after the $2.5B deal with Microsoft, the developers at Mojang have always continued to make the game better and better with every release.

After the release of PSVR support, Minecraft has few more announcements lined up during the Minecraft Live event scheduled to happen on October 3. These announcements are expected to be related to Minecraft Earth and Minecraft Dungeons.

With all the new stuff happening at Minecraft, it is definite no other game would be able to match the popularity and sales at least in near future.