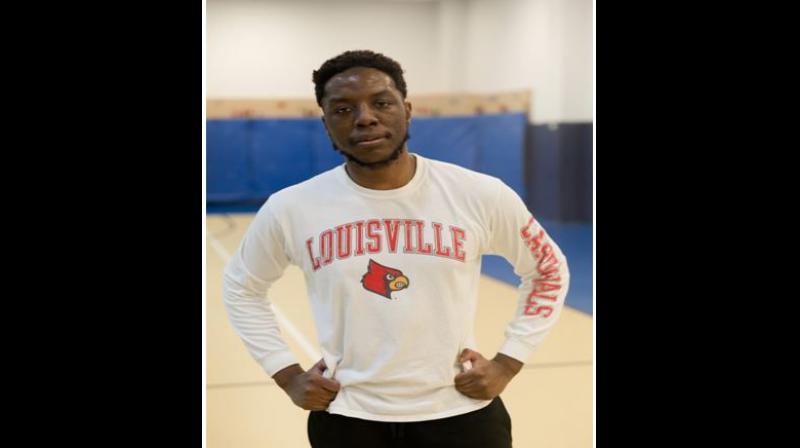 To understand our podcast, you have to understand how difficult it is for high school players to make it onto a Division 1 team in college, Dex says. — By arrangement

Have you ever wanted to do something that you were passionate about, but didn’t have the support, or were crippled by self-doubt? Overcoming odds is a big part of life, but it can be hard to overcome on your own. While possible, it is still hard to go alone and fight for what you want. Dex G of D&K in the Lab knows what that’s like and shares his own underdog story to encourage others in the same boat. Mix in some basketball stats, witty banter, and fun conversation and you have a great podcast.

Dex learned a long time ago that he was going to have overcome a lot of odds if he wanted to follow his dream of playing basketball. “I had to get my mentality right first. I didn’t have the support so I had to figure out what I wanted and go after it regardless of the adversity; we go over that in our series.” Despite the premise of the podcast being about basketball, it can really be for anyone even if they don’t care about sports.

Dex didn’t let the struggle get him down though, he made it to a college team and played for awhile. Kurt and Dex are really good at creatively tying their conversation and shows into something encouraging, funny, and motivating. “If I can do this, anyone can. It’s really a matter of changing your mentality, asking for help when you need it, and training yourself to succeed,” Dex says.

Dex’s story starts with the start of his own basketball career at Suffern High School in New York. After he graduated from Marist College, he continued his education at Montclair State. “I joined their basketball club and helped them go undefeated at 7-0 during that first semester,” he remembers. “What made this so awesome was that MSU competed in the NCBBA. This gave me so much confidence that I kept playing even while I was taking classes at different schools to become a medical records professional.”

Dex went on to be a member of the team at SUNY Ulster Community College, a division 2 NJCAA. “I felt proud to be one of the four players who made it to the next level. I actually committed to playing at County College of Morris after Montclair, but after a month and a half on the team, I transferred to SUNY Ulster and walked on the team later on in the season. I also played semi-pro for the East Carolina Cardinals.”

Dex decided to take his love for basketball in a new direction by starting his podcast with Kurt. “It was actually his idea,” Dex says. “During the pandemic, we couldn’t play basketball and were looking for something to do, so he suggested talking about my life and other players’ to try to inspire the next generation of players and anyone else who faces a tough road to achieving their dreams.” Kurt, while not a player, is an avid watcher of the game and knows the stats of every player, so he was the perfect partner for Dex.

“To understand our podcast, you have to understand how difficult it is for high school players to make it onto a Division 1 team in college,” Dex says. “It’s not easy to do. At that level, it’s all about winning – losing isn’t acceptable. Yet, so many high schoolers are aiming for that dream. That’s one reason they’ll like this podcast, as will anyone interested in inspirational stories. I interviewed Division 1 players like Ahmad Clark, who plays for Albany University, and Chris Galbreath, who plays for Sam Houston State. They get real about how hard you must work to make it to that level, how you have to eat, and how brutal the training really is.”

Dex also brings his own life story into the podcast to encourage others to go after what they want. “I have played on teams, but no one ever thought that I would. I had a lot of people doubting what I could do, so I would like to use my story to help people who are also having to overcome the naysayers. Sometimes you really just have to ignore other people and believe in yourself.”

To really make a change, you have to start with yourself and what you believe you can accomplish. Sometimes we need a little help, other times it's something to fix on our own. “Our podcast is really fun for us and it's fun for our audience and it’s a bonus that we can help others feel motivated to change their mindsets and find success,” Dex says.