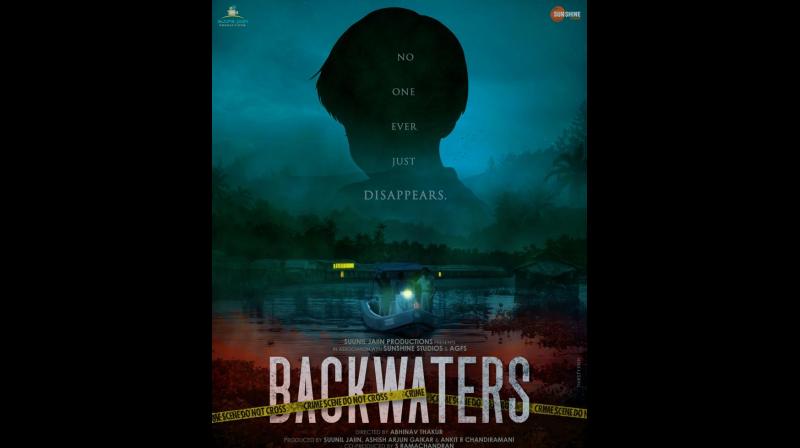 Even as social media is going gaga over the first look announcement poster of the Suunil Jain Productions (SJP), Ashish Arjun Gaikar’s AGFS and Ankit Chandiramani’s Sunshine Studios film – Backwaters - on Kerala’s missing children, two actors who are essaying pivotal roles in the film Sartaazh Khari and Neeta Paryani have started their research and preparation for the investigative thriller set in the backwaters of Alappuzha in Kerala.

Film folk like Pooja Bhatt, Manoj Bajpayee, Shibashish Sarkar apart from film trade pundits like Komal Nahta, Atul Mohan and Ramesh Bala sent in their wishes to the makers for the film.

“Sartaazh who plays a CBI officer has been meeting several top CBI officers to prepare for his role and understand the working and mind set of the men in khaki who spearhead India’s premier investigative institution and Neeta Paryani who plays a fact finding journalist on a mission in turn has also been meeting journalists who have followed the case closely to ensure that they understand the subject as much before sitting for the readings of the script,” says Ankit Chandiramani.

“The film is based on a series of missing children from Kerala – the film looks at how even God is not aware of what has happened to the missing children from his own country – especially the sensational missing case of Rahul Raju – a seven-year-old who went missing in May 2005 and has never been found,” explains FTII graduate Abhinav Thakur who has been working in tandem with researchers in the Venice of the East.

“Rahul went missing from a marshy park in 2005. Sixteen years later the park is closed but the case is open. What tugs one's heart is that Rahul Raju's parents think that their child will come home one day; that is hope!” chorus Suunil Jain and Ashish Gaikar – then moving spirits behind the film.

Co-producer S Ramachandran confirms that the film will be shot in a start-to-end schedule by November once the Covid situation is under control.

Shaukat Shaikh to venture into the digital space soon

Who Was Eugene Sandow?