As business owners and entrepreneurs, it’s easy to be discouraged when facing a recession 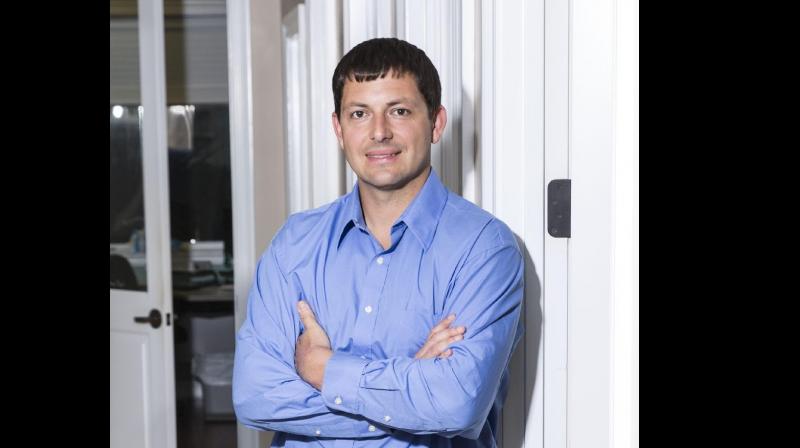 “Whether it's a good market, a bad market, or a market in a transition period, I'm going to take advantage!” This is the motto Ricky Carruth lives by and it rings true now more than ever. As business owners and entrepreneurs, it’s easy to be discouraged when facing a recession. Especially right now in 2020 when the country is in a panic and consumer spending is down across the board. But Ricky is used to these kinds of situations, he’s been through them before.

In fact, Ricky has been in the real estate game for almost 20 years. After dropping out of college in order to pursue his realtor career, Ricky made a cool million in realtor fees by the age of 23. Not bad, but the real estate market was hot in the early 2000s. So what has he accomplished in the following down periods since?

Well not soon after earning a million in realtor fees, Ricky was dead broke. The real estate crash in 2005 took him out of the game and put him on his best friend’s couch. But he didn’t quit. This only served as a motivation and reflection period for Ricky. He even expected this to happen.

While we can't discount the fact that failure sucks, we can agree that failure is important to anyone who actually wants to improve or get better. When the real estate market crashed in 2005, Ricky lost everything. Most people would say the crash is the reason Ricky failed. But Ricky doesn't see it that way.

"I failed because I valued transactions over relationships" Ricky states. During the newfound time he had to reflect upon his failure as a real estate agent, Ricky learned the lesson he had been searching for. He now preaches the same message to his large social media following.

"Money comes and goes, but people are here forever." Knowing what he knows now, Ricky doesn't believe that the market should define your ability to sell houses as a real estate agent. In fact, shortly after getting back into the realtor game, Ricky's hometown of Alabama experienced the BP Oil spill disaster in the gulf coast, right in their backyard. As realtors moved away and real estate developers abandoned coastal projects, Ricky decided to test his hypothesis.

In the year prior Ricky made $100,000 in Realtor fees. The year after the spill? Ricky made $150,000 increasing his earnings by 50%. His hypothesis was correct. "You have to realize that people are still buying and selling during downturns. The transactions do not go away. Price simply adjusts to levels where people still buy" Ricky says.

This is great news for any realtor who may be worried about dealing with an incoming recession. But in order to benefit from those transactions, you have to be building relationships with people that you have worked with before.

“You have to understand that every real relationship you create with a client is worth so much future business than the current deal you may or may not be doing with them. Repeat business, referrals, and referrals of referrals are the key to everything in today's world of business. Market Share is the percentage of relationships you have with customers in the market compared to your competitors” Carruth states.

Now that Ricky has learned the art of building relationships, he’s focused on teaching others how to succeed as a realtor. “I am on a huge mission to reduce the failure rate in the real estate industry one agent at a time, and it is working. Agents in my program tell me all the time how they were about to quit until they found me,” he shares.

Ricky has built a massive following on social media. Between his YouTube and Instagram he has nearly 300 thousand followers. A big part of his appeal is that he gives away all of his teachings for free! Ricky posts on each platform just about every single day, and he doesn’t plan on stopping anytime soon.

"Since I give everything I have for free, people always ask what they can do for me. All I want from anyone is for them to take something I teach them and use it to change their life and make their dreams come true," says Ricky.

To keep up with Ricky, check out his Instagram.