Space City Takes Interactive Advertising to The Next Level 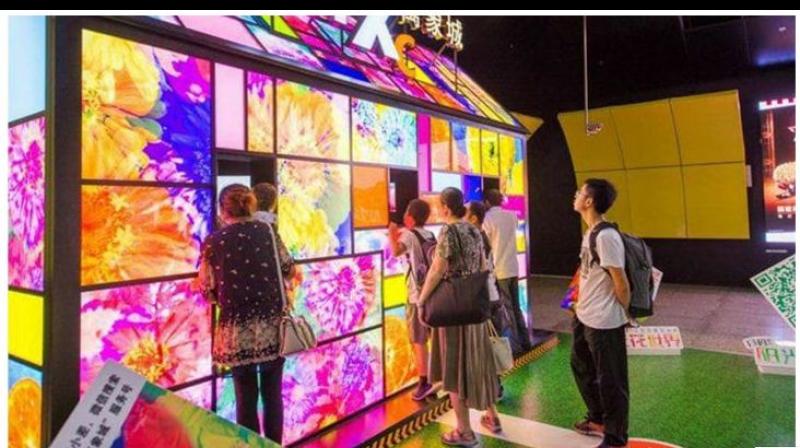 The idea of creating a revolutionary and modern advertising agency struck the brilliant minds of Victor Van Amerongen and Amanda Alexander and was brought to reality in 1992. — By arrangement

Marketing has transformed drastically over the years. From product-centric to message-based, and from televisions and radio stations to the internet, marketing has been making strides. In an era of digitization, marketing has also transformed itself into a new and much effective form, called 'Interactive Advertising.'

Space City is a UK-based advertising agency that has been in the marketing industry for more than two decades. It has established itself in the industry by producing quality content that is widely appreciated by top brands, making them a loyal customer.

The idea of creating a revolutionary and modern advertising agency struck the brilliant minds of Victor Van Amerongen and Amanda Alexander and was brought to reality in 1992. The extraordinarily talented and experienced duo led the company with utmost dedication and made it touch the heights of success within a short span!

Space city uses the Direct Response Television (DRTV) method of interactive advertising. It has been using this method for years and has acquired skills at it like no other.

The process of interactive ad making is quite unique and different from other advertising agencies. Space City is known to create excellent ads within a span of six weeks, which includes multiple processes like scripting, casting, locations, filming, editing, and passing from the regulators before it hits the television screens.

They produce not only marvelous ads but also give innovative and creative ad ideas. With the elaborate and detailed meeting with the client, the creative heads at Space City put in all of their efforts to cook up an extraordinary idea that the client would appreciate. And it is often that the clients are amazed by their out of the box thinking.

The interactive ads produced by Space City beats all the typical and stale ad concepts that had been ruling the television screen for years. They are one of the torchbearers of introducing interactive advertising to television.

Space City uses research as the base for creating an ad. One of their most important steps is to learn about the target demography. The frequent use of statistics and data helps them gain insight into the type of audience they are marketing to, which makes their advertisement hit the right spot. Small attention to details like casting the right actors to appear in the ad so that the audience can build a connection is one of the many things that set them apart from the average advertising agencies.

One of their most popular interactive projects has been the charity commercial for RSPCA, Alzheimer's Society, British Heart Foundation. In this commercial, Space City created an emotional connection with the target audience and asked them to respond via one of the broadcasting channels to donate and save a life. The strategy of emotionally moving the audience was an instant hit as a radical change had been noticed in the donations of the charity.

Space City has not limited its interactive advertising to television only but has also created for social media. They produce commercials that have been optimized for viewing on phones too.

Headquartered in London, Space City has recently expanded to the North of England. And have set up a satellite office in Manchester. Their long list of loyal clientele is not only based in the U.K. but also in Australia, the USA, Germany, and other European countries.

Commercials created by Space City air all around the world, but majorly in Europe. Ensuring that the advertising message is clear and well-communicated, this thoughtful advertising agency takes a step ahead and translates its commercials to the native language. This is another one of their strategies that keeps them on the top of the list.

The ultra-modern advertising agency has set itself apart from the others by ranking at the 28th position in the Campaign Magazine chart of U.K. agencies. It has also been recorded that Space City in 2018 and 2019 grossed a total of over £50 million billings!

Today Space City is well-renowned in the advertising industry and is still giving tough competition to others with their stellar ideas and remarkable ad quality.

5 Ways To Boost Your Internet Coverage