Sidley continues to break into mainstream success, surpassing 50K monthly listeners on Spotify and 100,000+ streams and views on others 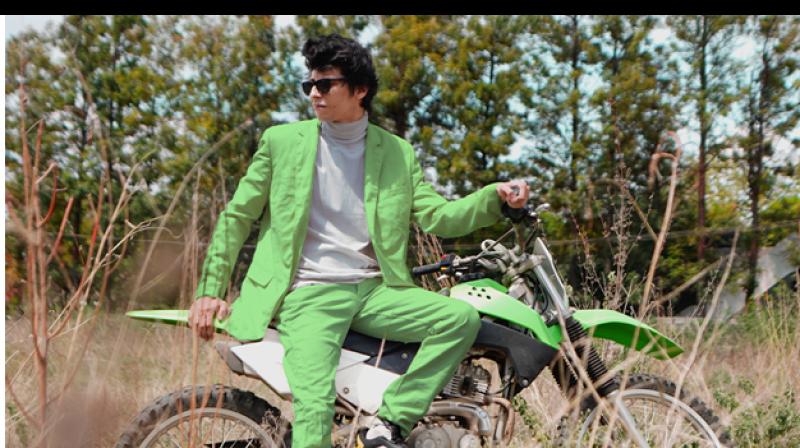 As the rapper keeps up his work ethic and releases great music, he plans on releasing a new single soon with only a hint that it will celebrate his Telugu roots, with an exciting featured artist. — By arrangement

Siddhartha Gunti also known as Lil Sidley has accomplished something many only dream of. With talent, style, and an unmatched grind, his path to legendary status is only a matter of time.

The Indian rapper Lil Sidley is a man on a mission. Releasing music and projects with the pace and quality of well established artists. The rapper has an album and 10 singles that are bubbling. Lil Sidley has garnered soaring attention and recently has been disarraying the news with his feature on his latest track with Bollywood Singer- Siddharth Mahadevan for “Matrix Fight Night - Official Anthem” by Indian Actor- Tiger Shroff and Krishna Shroff which has been making radio waves around the country.

Lil Sidley continues to break into mainstream success, surpassing 50,000 monthly listeners on Spotify and over 100,000+ streams and views across all platforms. He mentioned he’s been working on a song for an upcoming Bollywood Movie involving a Megastar, releasing towards the end of 2022. However he did not mention any names. With steady growth over the years, he is now one of the most popular and well-known HipHop artists in the country, with people calling him “The Ace Of Deccan Rap”.

In our interview with Lil Sidley, he quoted “No matter what people say just keep going, there’s always gonna be haters but generally they aren’t the ones making real art and putting themselves out for criticism.”

As the rapper keeps up his work ethic and releases great music, he plans on releasing a new single soon with only a hint that it will celebrate his Telugu roots, with an exciting featured artist. No word as yet on who that featured artist will be. Needless to say we can’t wait to hear and see what he has next up for us.

Siddhartha Gunti was born and raised in Hyderabad, his father Sumeet Chandramohan Gunti and mother Tarandeep Gunti noticed his talents from a very young age and always supported and encouraged him to pursue his dream. As a young boy Siddhartha Gunti enjoyed listening to artists like Wiz Khalifa, Snoop Dogg, Nipsey Hussle, Eminem, Logic but became fond of Post Malone and Swae Lee’s sound later. Their sounds and style captivated him as well as inspired his own sound and persona. Lil Sildey has his own unique vibe and seeks to leave a legacy for his friends and family by becoming great within the music industry, leaving his mark on the world and making his city proud.

Make sure you get familiar with his catalog and check out his most recent releases on his official website www.LilSidley.com before he drops new content.