27 Mar 2021  The lawyer who stood tall in face of adversity: Goolam Vahanvati
In Focus

The lawyer who stood tall in face of adversity: Goolam Vahanvati

When it comes to the pioneer lawyers that India has had, Goolam Vahanvati is among the first few names that cross our minds 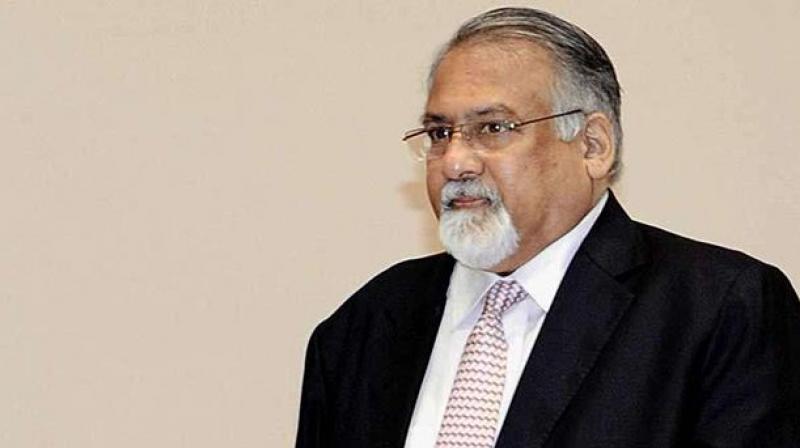 The lawyer who never shied away from calling a spade a spade. When it comes to the pioneer lawyers that India has ever had, Goolam Vahanvati is among the first few names that cross our minds. Revered by law aspirants across the country, Vahanvati was the 13th Attorney General for India and the first Muslim to become the senior-most law officer of the Indian government. He has left behind a rich and inspirational legacy. As per sources, he was a UPA loyalist, and back in the day, he heavily influenced the politics of the country.

Vahanvati did not have a smooth life while growing up. He came from a middle-class family of Mumbai, and life threw many financial crunches at him. However, he did not let his economic background come in the way of his education. He graduated from St. Xavier's College and went on to pursue a law degree from Mumbai's Government Law College. He aced almost every exam he appeared for, and while studying as a Tata scholar, he also gave lectures at Sophia College and St Xavier's College in Mumbai. This teacher-turned-lawyer was heavily inspired by his father, Essaji Vahanvati, who was a practicing lawyer himself.

Throughout his career, Vahanvati took upon a plethora of vested interests and also won. When the UPA rose to power in 2004, he was approached for becoming the solicitor general. He got promoted to attorney general in UPA 2. He was always keen on public service.

In his career, Vahanvati handled an array of significant cases, some of which are still talked about. Let's go through some of the most famous cases of Vahanvati:

In January 2004, the Supreme Court observed that huge investments by the hot-shot companies could not be a defense against coal block allocations being cancelled. The government partially accepted the loopholes and irregularities within the allotment procedure. Goolam Vahanvati was defending the Centre and as per him, the allocations were carried out in good faith as there was an acute shortage of power, thanks to economic liberalization. The Bench of three judges, headed by Rajendra Mal Lodha, flooded Vahanvati with questions over claimed arbitrariness in allocating coal block over ten years. He informed the Supreme Court that Rs 2,00,000 crore have been invested by companies in the captive blocks. He was successful in getting Enron Power Corporation straight out of Maharashtra. He was lauded by the Supreme Court for his contribution, efforts and hard work that he put into the matter. His manner of preparing the documents methodically was also praiseworthy. Chief Justice Rajendra Mal Lodha, along with justice Kurian Joseph and M B Lokur stated that his efforts must be commended.

In 2013, Goolam Vahanvati was charged with a number of allegations which left him furious. The charges also included A. Raja, former Telecom Minister and the primary accused in the 2G spectrum scam, accusing. Vahanvati of narrating a “series of untruths” against him. A. Raja claimed that every action of his was evaluated and approved by Vahanvati. In an interview, the attorney general, in his defense, stated that, "It is ironic that I am in the dock because an accused is accusing me. A. Raja, representing a powerful party, had an agenda which he was pursuing vigorously. I have ruined my life. I am only interested in protecting my honour. I am going through a living hell." According to him, he was attacked at a number of levels and it was because of this that his marriage broke. He considered moving to Delhi as the worst blunder of his life. He was subjected to the worst kind of calumny. He stated that in December 2007, he was approached by Raja for preparing a three paged note for the then-Prime Minister Pranab Mukherjee. As things turned to worse, the entire exercise was blown out of proportion and seen into a totally different context. Interestingly, while A. Raja was acquitted for the scame case, the viewpoints of Vahanvati stand exonerated.

The Case of Giving Quota to OBCs in Educational Institutions

While serving as the Solicitor General of India, Vahanvati dealt with major cases related to numerous revenue and constitutional matters. What brought him to limelight yet again was his successful defence of the challenge on the case of the controversial 27% reservation for OBCs in the esteemed central educational institutes.  He enumerated substantial questions. He stated that if the court decides on excluding the creamy layer, the Centre would obey but he also mentioned that the increase in the number of seats in various educational institutions would not affect the general quota. Moreover, the reservation of 27 per cent would be staggered on for three years.  He put forth his arguments before the Constitution Bench of five judges headed by Chief Justice KG Balakrishnan. It was because of Vahanvati’s efforts and determination that the verdict was in favor of the Centre. The government also mentioned that only a couple of institutions had increased their number of seats and that too just for research purposes.

Among the most debatable matters in which the Centre was defended by Vahanvati was related to the dissolution of Bihar Assembly in 2005. It happened on the recommendation of Buta Singh, the then Governor. Vahanvati stated that Buta Singh acted with fairness and propriety for preserving the sanctity of the political procedure. He also asserted that if the governor allowed the parties for forming a government, that would have legitimized corruption. He stood strong on his opinion of the governor’s views being bonafide and legitimate. He wanted to arrest the ongoing trend of palpable political machination which were going on in the state, thanks to allurements, bribery and corruption.

Goolam Vahanvati breathed his last on 2 September 2014 at Kokilaben Dhirubhai Ambani Hospital in Mumbai. The legal luminary was 65 years old when he died of a massive cardiac arrest after being unwell for three months. On his death, many lawyers came up to express their shock and grief over the loss. Rafiq Dada, the senior counsel and formed president of Bombay Bar Association stated, "I saw him argue his first case. Even in the most difficult cases, he would find an easy solution. Sometimes, juniors get a lot of flak from Judges, but he would handle every situation politely... He went on to hold the highest legal position in the country. He was an outstanding lawyer."

He has been the guiding light for many law aspirants. He was blessed with a phenomenal memory and took up over 30 cases every day. He was one of the sharpest minded and hardworking lawyers of India. Young lawyers often visited the court to listen intently to Vahanvati’s arguments and learn from him. His death will always be a great loss to the Indian legal fraternity. He is still remembered as a man with various interests.