26 Nov 2021  Kitt Wakeley, astounding the World with his Music
In Focus 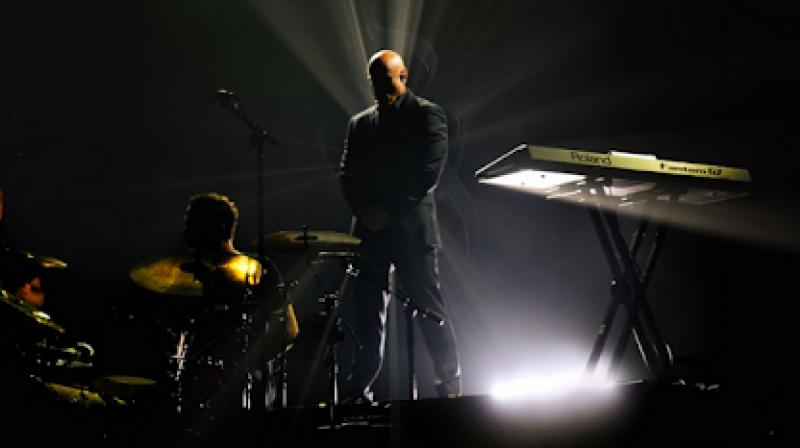 The world is strewn with people who dream of achieving something big in life. They would carve out beautiful futures for themselves and imagine themselves living their best lives. There are only a few individuals, though, who would do everything in their reach to realize their aspirations. For them, dreams are not what you see at night but rather the aims that do not let you sleep. One such person constantly striving hard to obtain his goals is American composer, songwriter, and producer Kitt Wakeley.

Born on July 3rd, 1979, in Memphis, Tennessee, Kitt Wakeley is an Indie Channel Music Hall of Fame inductee and multi-number one Billboard charting music producer. His expertise lies in various genres, including orchestral rock, pop, rock, EDM, and country music. Kitt Wakeley grew up in Holdenville, Oklahoma, where he was adopted at the age of 8 by Jack and Linda Wakeley.

Kitt Wakeley developed a keen interest in music from a very young age and was particularly drawn to the trumpet. He was always fascinated by the loud buzz the instrument produces as air is blown into it through closed lips. Over time, Kitt Wakeley’s interest in the trumpet wavered, and he gravitated to the piano as his primary interest. His parents were always very supportive of his musical interests and nourished his passion throughout childhood.

Throughout his high school, Kitt Wakeley played in several bands and developed a love for several genres of music. After finishing high school, he was offered numerous music scholarships at state universities. Instead, to everyone’s surprise, he enrolled at East Central University to double major in Pre-Law and Sociology. Later, he attended the University of Oklahoma, where he received a master’s in Public Administration. Kitt Wakeley did not intend to develop a career in music. He wanted to play it as an extra-curricular and have a good time. Little did he know that he would be making an album or traveling to Europe to record an album soon.

Even as he was excelling at academics, Kitt Wakeley did not sever his ties with music. He played in many bands during college and grad school and honed his music writing, producing, and recording skills. One of the most distinguished bands he played in during this period was Mydion, a progressive rock band based in Oklahoma City, Oklahoma.

A Brief Break from Music

Kitt Wakeley had always been a visionary. He did not obtain a degree in music because he knew that a degree would not instill in him the skills he needed to jumpstart his career. Instead, Kitt Wakeley acquired education in fields that could help him make good money. He would then use the capital to fund his music aspirations. In 1998, Kitt Wakeley joined the professional business world where he and his business partner John P. Jiles started their first company Medicorp.

Kitt Wakeley was quite happy with what he was doing. He may not have returned to music if not for his wife Melissa, who encouraged him to take up music again. She had never heard him play and had only seen pictures but kept pushing him to resume his musical career. Kitt Wakeley recorded a tune as a Valentine’s Day gift to make his wife happy. The next thing he knew, he had set up a studio in his home over the next year or two and was reconnecting with his first love. His first album, called “Cinematic Chaos,” was released under Audio Kaoz and characterized his entry into the music world.

Inspired by movies and EMD, Kitt Wakeley’s albums embody a unique quality. As he grew up hearing the grand orchestral music of cult classics such as “Star Wars” and “Rocky,” Kitt Wakeley incorporated those elements into his music as well and developed his signature sound. His first orchestral rock collection, “Midnight in Macedonia,” featured the internationally-famed Macedonian Choir. The album was starting to gain traction when the Covid-19 pandemic arrested its growth.

Kitt Wakeley continues to spin magic with his music. His love for music is never-ending and will keep on mesmerizing the world.

Disclaimer: No Asian Age journalist was involved in creating this content. The group also takes no responsibility for this content