26 May 2022  ThePost Opens its First Office in Delhi, India
In Focus

With its first office in India's capital, ThePost.co.in also plans to open new headquarters for the Southeast Asian topographies 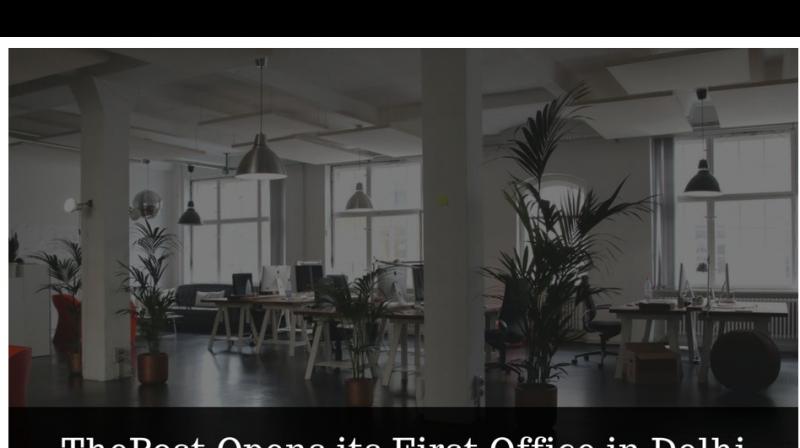 ThePost.co.in is a media website with a special commitment to the truth and an unbiased approach to the dissemination of the information. Boasting a diverse set of talented writers and editors, the website caters to a global audience. — By arrangement

ThePost.co.in has emerged as one of the most disrupting new voices in the digital media domain. A news and media website, The Post has recently seen tremendous growth in terms of its monthly engagement numbers. Owing in large parts to the new leadership and management under its new parent media company Kojiki, the website has churned incredible numbers in terms of online traffic in the past few months. Kojiki acquires The Post back in 2021 for an undisclosed amount, with the website now raking in millions of returning as well as a significant amount of unique visitors every month.

At the beginning of the year 2022, The Post underwent its grand expansion plans under Kojiki, venturing into different media niches and expanding its existing workforce and infrastructure. Recently, the website increased its editorial workforce and hired its head of marketing Shubham Sharma. Previously having worked on initiatives like Indian Anime Movement and spearheading marketing endeavors at several big media companies, Sharma recently talked about The Post's latest expansion strategy and what the website is doing to grow its reach in multiple territories.

Shedding light on the physical expansion of The Post, he said, "as a response to the inflated demand and content needs, we at ThePost.co.in have made some significant changes in our staff at the fundamental level. Additionally, we have now decided to expand our physical footprint. Beginning our physical expansion, The Post has opened its first office in Delhi, India, to better organize and cater to our inflating staff as well as the audience in the country."

With its first office in India's capital, ThePost.co.in also plans to open new headquarters for the Southeast Asian topographies. The website is also seeking to expand into other Southeast Asian regions like the Philippines. Additionally, it also plans to expand into western regions like the UK and the US in the coming future. The website already caters to the Southeast Asian demographics with a plethora of media content ranging from micro social issues to the biggest political, economical, and cultural events.

ThePost.co.in is a media website with a special commitment to the truth and an unbiased approach to the dissemination of the information. Boasting a diverse set of talented writers and editors, the website caters to a global audience. Be it the political minutiae of the major upheavals, the unstable developments at the market, or the latest entertainment scoop buzzing around the gossip town — ThePost.co.in covers virtually all facets of the zeitgeist and brings you only the most well researched, analyzed, and reviewed media content.