An achiever with many accolades, her struggle with challenges and battles has kept her humble yet deep-rooted 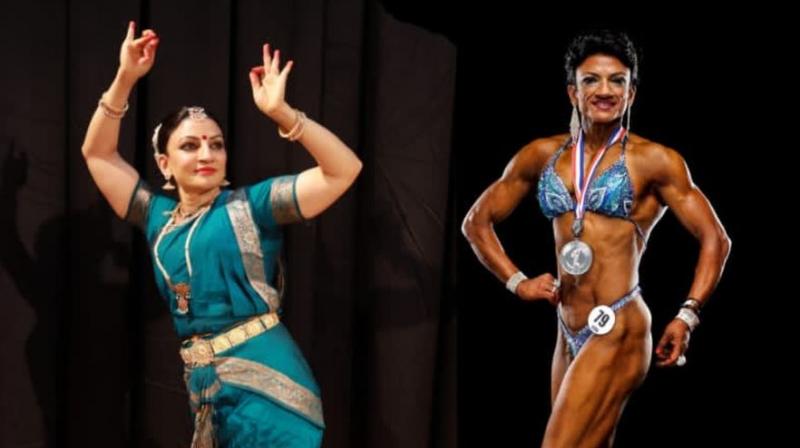 Bharatnatyam and bodybuilding are two different modalities to pursue your fitness journey. However, the renowned Rita Jairath evens out both with dignity, dynamism and poise. She believes that exploring great creations of humanity can be best explored by living life to the fullest. Further, she adds that while these two art forms are exactly opposite to each other, they belong to the same archetypes.

Tuning to the Steps of Bharatnatyam

Bharatnatyam is a melodious composition of Bhava, Raaga and Taala. Hindu mythology theorizes that the universe depicts the dance of Lord Shiva by representing Ananda Tandavam: Srishti, Sthiti, Samhara, Tirobhava and Anugraha. The art of grace offers three distinct elements: Nritta (dance movements in a rhythmic form), Natya (dance form with dramatism) and Nritya (blend of Nritta and Natya).

Rita Jairath is trained by Sudhana Shankar under the guidance of Padma Bhushan Saroja Vaidyanathan. A notable exponent, guru and prolific choreographer, Saroja Vaidyanathan has written a number of books on Carnatic music and Bharatanatyam. In 1974, she founded the Ganesa Natyalaya to train dancing and in 2006, she was awarded the Bharata Kalai Sudar title.

Under her expertise, Rita Jairath received sound grounding in the practice and theory of Bharatnatyam. You can see her enacting various characters and expressions while harmonizing with the narrative song in the pre-recorded Bharatnatyam show for the Ministry of Culture. The hand and eye movements, rhythmic footwork and sculptural poses let her make this strong art form a manifestation and embodiment of eternal energy.

Revealing the Physical Strength with Bodybuilding

As classical dancing is known for its tenderness, purity and grace, Rita Jairath hit the strut onstage and sculpted her body with hypertrophy training. With a structured physique and muscular development workout, she transformed into a completely different personality in the mirror.

The world never agreed to have a woman stage up as a motivated athlete and take on exercising to bag an astounding, strong muscular body. However, Rita Jairath used this negativity to fuel her aspiration and led the track to become a pioneer athlete in bodybuilding.

Effectively managing the hustles to take care of her family, she committed to a rewarding yet strict lifestyle to build lean muscles. Working hard with sharp intensity is her forte. Thus, she focused on her areas of improvement and strengthened them to go beyond just a regular person.

Rita believed that a lot goes not only in a woman’s life but everything can be done with discipline, focus and organization. This made her win the much-recognized IFBB Pro-Card. An incredibly self-made Indian woman, she never aimed for the medal tally but anchored learning, overcame the challenges with unspoken testimonies and spread the fitness message by giving back to the society.

A Diva in Many Ways

On the one hand, you could see Rita Jairath adorning the Alangaram and Araku with subtlety; on the other hand, she is seen showcasing her muscles by lifting weights. All in all, both the art forms let this multi-talented pioneering athlete determine focus, strength, discipline and dedication. She is a living proof that glorious and drool-worthy abs aren’t only to hold the baton of being a bodybuilder.

Rita’s laurels have inspired many women to take the mammoth challenge. An epitome of motherhood, classical arts, health and fitness, Rita Jairath has been truly phenomenal in striking the perfect balance between the muscularity of bodybuilding and delicateness with bharatnatyam at the same time. An achiever with many accolades, her struggle with challenges and battles has kept her humble yet deep-rooted.