Foundation Laying Ceremony for the New Parivar School in Baramulla

The Parivar School is known for its initiatives for the children providing them with education and treatment, counselling sessions and more 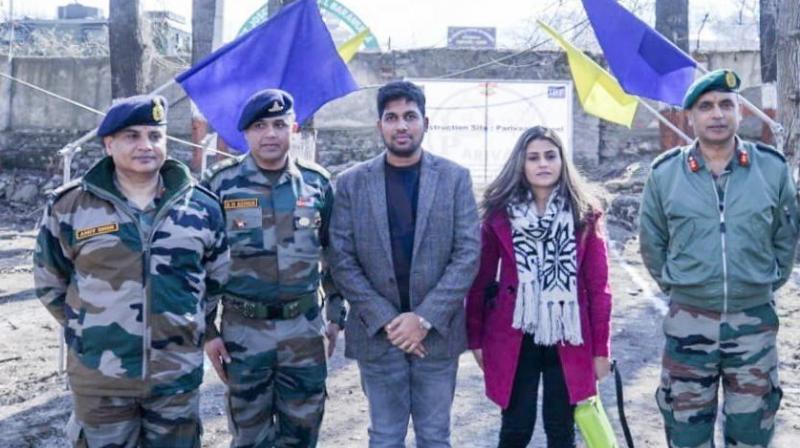 Teevra Drishti Unit organized a Foundation Stone laying ceremony of a New Parivaar School Building organized on the 16th of February 2021, under the Baramulla administration. The joint venture of Baramulla Division and Indrani Balan Foundation, a Pune-based NGO, together will introduce an entirely new infrastructure with routine functioning for further improvement of the organization and aiming to boost its purpose of uplifting the children and their future.

Major general Virendra Vats appreciated the generous and noble gestures taken by the Indrani Balan Foundation for the Awam of Baramulla and emphasized that it is a great initiative in the field of supporting special children.

Moved by the same, Mr Balan affirmed that his NGO shall continue to work and bring positive changes and improvements in the field of education in Kashmir Valley.

The Parivar School is known for its initiatives for the children providing them with proper education and treatment, counselling sessions, workshops with professionals that help them to form and improve their skill set and even regular activities aiming to boost them. They even organise special sessions for parents where they are counselled and educated more about the ways in which they can improve their roles in the upbringing of their child. They also enlighten them about the different ways and means which will educate the children in the proper and appropriate manner.

Cultural performances were organised and performed by the special children of Parivar School which left everyone enthralled and heartened. A drawing competition was also arranged for the children, which saw Ms Aayat securing the first position.

The Parivaar School has been run by the Baramulla Division for specially-abled children since 2017. The army has always maintained a great connect with the local communities and supports the neglected children.

Continuing with their continuous efforts and endeavours for the empowerment of the specially abled children, this adds to yet another step taken by the Indian Army providing further scope for the children and their future.