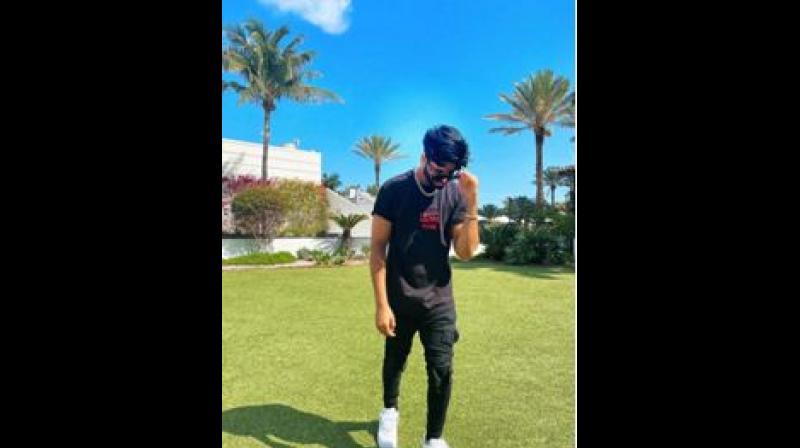 Having artistic visions come to fruition in different mediums is what Shaun Enzo strives to achieve. “Fashion & Music can change the world” says Shaun Enzo. Learning the process of recording music from his own bedroom at the age of 15, he began to uncover his own unique sound. An artist with an entrepreneur mindset, he strived to master every aspect of being a musician long before he even released any music. Starting, owning and investing in multiple business in various industries ranging from real estate, cryptocurrency, to clothing; building brands is his speciality. Recently, he released his first single, “Again” on all streaming platforms and YouTube. Edgy energetic synths blare over a hard hitting trap beat with his husky toned infectious catchy melodies to top off the orchestral composition. It is easy to see how he fused the energy of Pop Punk with the hard hitting trap beats made famous by Travis Scott, Migos & Pop Smoke. Currently, gearing up for the release of his first EP - Shaun Enzo is is already setting the tone that he is bringing a new sound to the rap industry.

Aspiring to become the face of Fashion Rap or Designer Rap, Shaun Enzo has concurrently launched his own high end streetwear brand “Valenci” - he is able to bring his art to life in clothing as well. Blending premium luxury feel with edgy streetwear aesthetic. As a new and emerging artist from New York City, we can already see how Shaun Enzo is differentiating himself from his peers in Hip Hop. Shaun Enzo has a bright trajectory in the music industry and we are eagerly anticipating his next moves.  Stay tuned for Shaun Enzo’s upcoming singles and debut EP to be released in 2021.

The Investment Prodigy In 2021: What’s Next For Forex