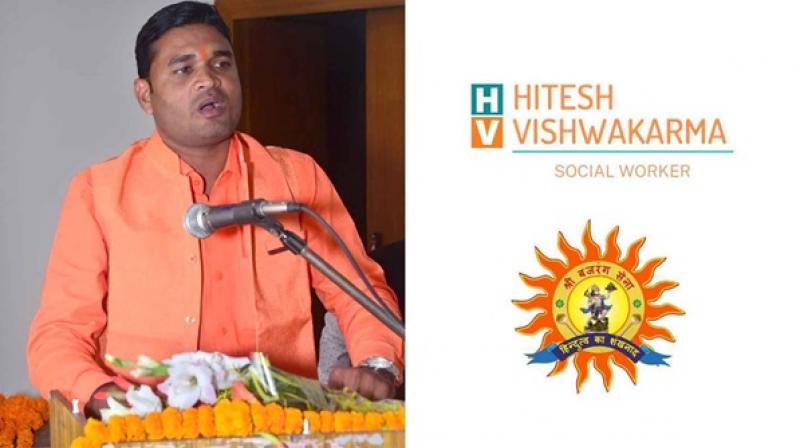 Hitesh Vishwakarma is a well-known entrepreneur and social worker of diamond and textile city Surat, Gujarat. (Photo by arrangement)

Hitesh Vishwakarma is a well-known entrepreneur and social worker of diamond and textile city Surat, Gujarat. He was born in Jaunpur district of Uttar Pradesh and completed his studies at Bhagwan Gautam Buddha Inter College.

Hundreds of children from low-income families in the diamond city of Surat are studying in reputed schools. Thanks to 36-year-old Hitesh Vishwakarma for helping the children from financially weak backgrounds get admissions in the reputed schools by making the optimum use of the RTE Act enacted by the Government of India.

In the last four years, Hitesh Vishwakarma has enrolled more than 700 children in reputed schools such as Seventh Day Adventist, Matrubhumi, Rosebird, RN Naik, Genius High School, etc. with the effective use of the RTE Act.

Hitesh Vishwakarma, a manufacturer and supplier of the aluminium section, said, “It gives me immense joy and pleasure to see the children from poor backgrounds studying in reputed schools without paying fees. In the last four years, more than 700 children have been enrolled in various reputed schools under the RTE Act.”

According to Hitesh Vishwakarma, he sat on a five-day-long fast at Jantar Mantar in New Delhi for the construction of Ram Temple in Ayodhya on May 16, 2017. He went to Ayodhya and laid the foundation stone for the temple and organized Ram Katha thrice between 2018-19 at Surat and Ayodhya.

Hitesh Vishwakarma said, “Majority of the people are now aware of the various Central and State Government schemes. I have helped hundreds of people in the city to get the MAA Card, Ration Card, and other benefits under various government schemes.”

Hitesh Vishwakarma formed Shree Bajrang Sena, a Hindu outfit in 2019. In the last two years, about 20,000 members have joined the Sena, and that they are working to spread Hindutva in the country.