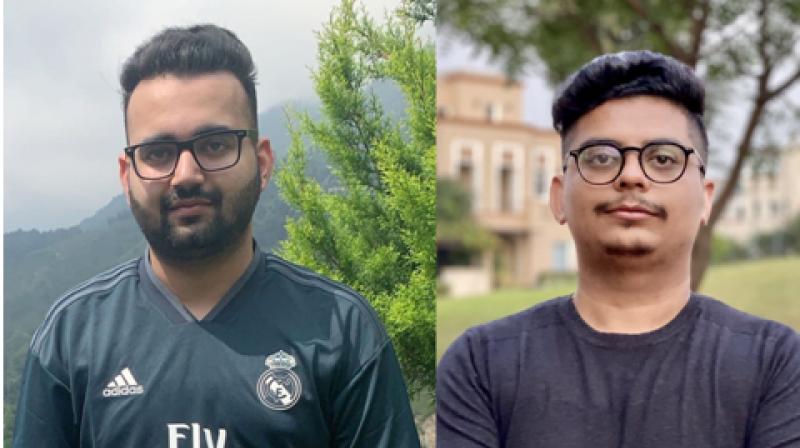 Punjabi music is steeped in folk undertones and its energy is infectious. Perhaps that is why it is popular not just across India but across the world, with people moving their feet and hands along its purposeful beats. Same goes for the Punjabi cinema, which has remained rooted in reality over the years, giving vent to socio-political issues plaguing the surroundings. Picking up the threads of this robust entertainment business are the duo, Anmol & Swapan Monga, producers, promoters, media managers, who are creating a new definition of success for themselves in the Punjabi film & music industry.

These two young personalities are bringing their innovative ideas to the table to cook up a storm with their work that traverses the films and music videos world. Anmol & Swapan are co-producers of critically-appreciated movies like 2019’s Sikander 2 and the latest music video, ‘Cute Jeha’, composed and written by Kirat Gill, which is sung by Barbie Mann and features Dilpreet Dhillon. The video has already generated more than 30 million views on YouTube. Their brilliant songs “Suit” by Barbie Mann and “Liv In” by Prem Dhillon & Barbie Maan have created another hype on YouTube winning millions of hearts.

Swapan & Anmol are creating waves in the world of entertainment, and their association with Gold Media Entertainment, as two of the four partners, sees them unleashing a tsunami of innovative ideas and exceptional creativity. They are producing music videos, becoming digital partners in projects of blockbuster movies, and doing social media management for celebrities. Among the famous artists, with whom the Monga duo has worked so far, there are Gippy Grewal, Sidhu Moosewala, Ammy Virk, Maninder Buttar, Prem Dhillon, Barbie Maan, Preet Hundal, and many, many more!

These two young entrepreneurs were born in Patiala, Punjab, and their film, Sikander 2, released in August 2019, has been appreciated for its content by the public and critics alike. The film’s unique storyline, amazing filmmaking and realistic acting created a lasting impact on the audience and the film was nominated in the Best Director category of the PTC Punjabi Film Awards 2020.

With their movies and their music videos, the two young men are creating a new image for the Punjabi films & music industry. Speaking about their work process, Anmol Monga said, “Our music videos are not the usual fare dished out by other production houses. We have moved beyond the typical girl-meets-boy storyline and our trained professionals create a distinct visual representation of the music director’s, composer’s and an actor’s vision.” Swapan adds, “We treat every new project as a new challenge and, therefore, we are hell-bent upon unlocking the potential in the field of art, music, movies through our projects.” The duo also loves to introduce new talent as well as new concepts through their music videos and movies.

Apart from this, their track record in the music videos like “Gaddi Ch Yaar” by Kamal Khaira ft. Parmish Varma, “Akhiyan” by Barbie Maan, and “Whiskey Di Bottal” by Preet Hundal ft. Jasmine Sandlas has made them a household name in North India. After a successful inning as co-producers at Gold Media Entertainment, the Monga brothers are charged up about the future, with many more interesting tracks set to be released this year.

The brothers work in sync with each other and after giving the audience blockbusters like “Ardaas Karaan,” “Mar Gaye Oye Loko,” and “Manje-Bistre,” their company Gold Media Entertainment is looking forward to enhancing the working partnership to the next level with interesting projects lined up for the future.

In order to keep themselves abreast of the latest trends and the pulse of the audience, both the brothers, on their independent Instagram handles, anmolmonga and swapanmonga, stay in touch with their followers and fans. This also helps them stay ahead of the competition! After all, they live in a competitive world!

Yuzuh brings a tech-savvy platform to strengthen the infrastructure industry

Irvine praises Verstappen: 'By far the most dominant team leader on the grid'

10 tips to consider when buying a health insurance policy