16 Sep 2021  Reason for Dubai audience to rejoice: Actor Ahmad Hussain all set for his new web series
In Focus

Reason for Dubai audience to rejoice: Actor Ahmad Hussain all set for his new web series

Ahmad dreams of a role in a Hollywood movie someday, but for now, is happy about being cast in a webseries 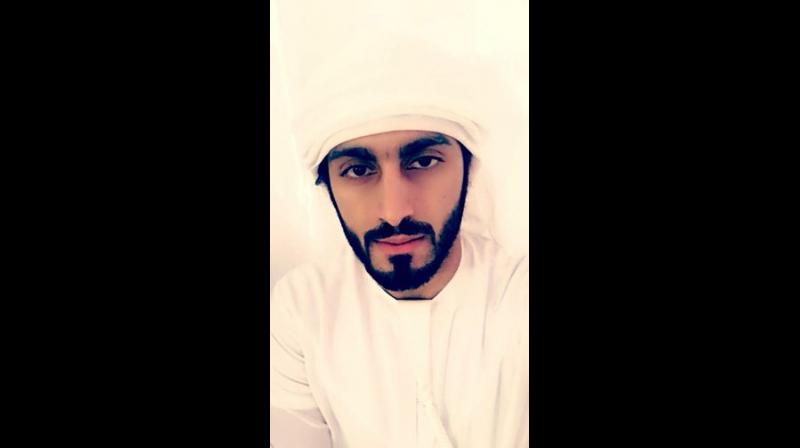 He started in 2013 when he was barely 20 years old and today his follower base has crossed 400k on TikTok. After receiving more than 300 million views for his videos, Ahmad has now got an acting role. — By arrangement

Ahmad Hussain is a young man who didn’t follow the path that common people do. He had a dream to make it big as an actor and he did just that. He started working hard 8 years ago and embarked on a journey where he never had to look back. While his chosen direction was offbeat, he had all the skills to get success. For 8 years now, he has been mesmerizing the audience with his sense of humor. Fans have showered immense love on his wit that he has been showcasing through his TikTok account. Ahmad remembers how some relatives and friends were against his choice of career. They labeled TikTok as a waste of time and advised Ahmad to focus on his studies instead. Today Ahmad aka S.Recky has bagged a role in an upcoming web series and thinks that his life couldn’t be better. He is proud of the way his life has taken shape and he has come from being S.recky to being an actor in demand.

Ahmad dreams of a role in a Hollywood movie someday, but for now, is happy about being cast in a webseries. Ahmad was born and raised in Dubai and he always loved to act. Right from skits and drama events in school to other events in his community, Ahmad always amazed everyone with his performance. As a child, he dreamt of becoming an actor but as peer pressure started building, he found himself clueless. Others were studying to become doctors, bankers, and journalists; and here Ahmad wasn’t very sure about how he could fulfill his acting dream. TikTok came as a savior in such a situation. Initially, Ahmad did not treat it as a ticket to his acting career. He just wanted to assess the response to his videos to know if he had the potential to be an actor. Afterall, the real entertainment industry is vast. Ahmad started by making comic videos and posting them on TikTok. The videos soon started going viral and he became popular. This motivated S.Recky to work harder.

He started in 2013 when he was barely 20 years old and today his follower base has crossed 400k on TikTok. After receiving more than 300 million views for his videos, Ahmad has now got an acting role. Ahmad as well as the makers of the web series are hopeful that his acting skills will garner even more love than his TikTok videos. Ahmad is thankful to the almighty and his family for always motivating him to work hard and deliver better. Ahmad will turn 29 in October. He thinks that this news is an amazing birthday gift that he has received well in advance. However, Ahmad doesn’t regard this achievement as his destination. He thinks that this is just the beginning and he will work harder to get more projects.

We wish Ahmad luck in his future and hope that his Hollywood dream comes true soon.