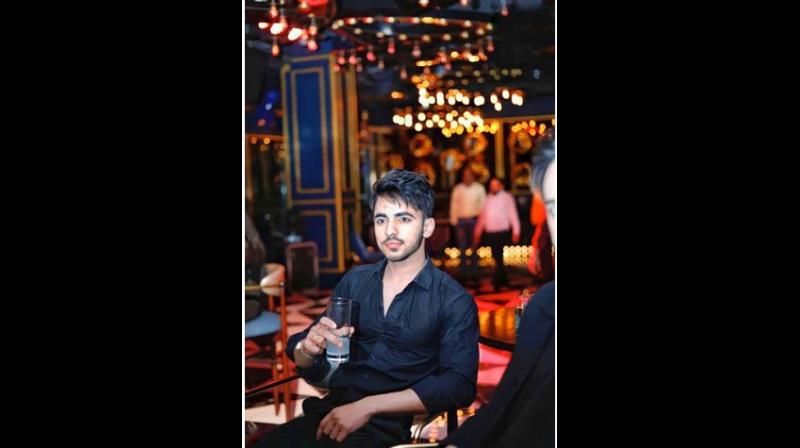 Music producer, content creator and model, he's one of the few who have achieved glory in multiple fields successfully. — By arrangement

There have been many examples of individuals who have excelled in their particular field of interest and grown extensively well, but a few have exceeded their own expectations and reached the top in multiple fields. Though rare to be found, there are some who are right there in front of us, giving their best much to the astonishment of others. Talking about such powerhouses reminds us of one name who is just in his 20s, but has achieved much more than people who have years of experience behind them, he is Aman Bhadouria an Agra, India bred young talent who not only rules the digital world as a content creator, but is also a music producer and a freelance model whose captivating presence is no less than a star.

Brilliance is a small word for him as he is far ahead of time having achieved optimum levels of success in a very short span of time since he entered these distinct professions and displayed potential to grow to the top in whichever field he laid his hands on. From content creation to music production to modelling, he has shown if one is focussed and dedicated towards his work, there's nothing which can stop them from achieving the stars, and he's proved that right. His endeavours whether in the digital world or music or modelling space, have borne fruits and given exceptional results, much to the amusement of all. "I have always been inclined towards the creative realm since my early days and knew which path to walk going ahead in life. I have found the world of internet to be spectacular ever since growing up and have seen it evolve over the years. This strong liking made me take up a career in the digital space and entertainment industry when I decided to kick start my life's journey professionally," says Aman.

Today, he has excelled well in all three industries and wants to achieve more milestones in his career. We would definitely see more of him in the near future as he is bound to do much more quality work going ahead.