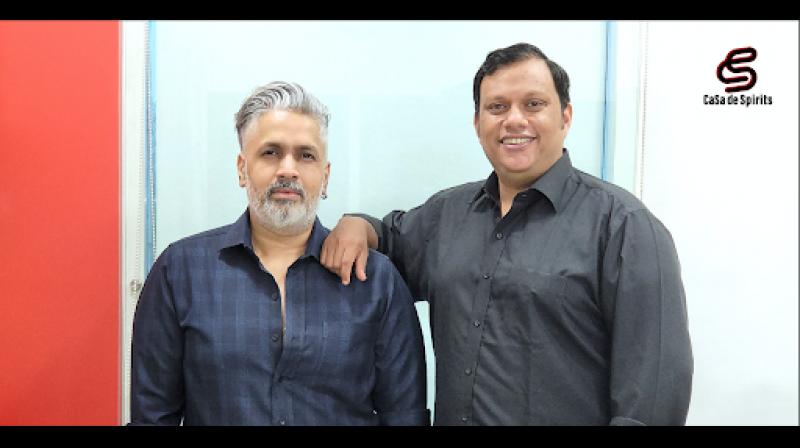 Goa: CaSa de Spirits Pvt Ltd. is an alco-bev startup, based in Goa with an office in Mumbai, formed with a clear vision to create unique and disruptive alcoholic beverages, to meet the need of the ever-evolving palates of the consumer.

CaSa de Spirits Pvt Ltd. is founded by former Divtone Group Country Manager and former WWE Marketing Director, Carl Sequeira along with founder of Go Fish Entertainment, Sajay Moolankodan, who have also been associated with the marketing of leading alco-bev brands in India. The founders have also brought on board Alco-bev industry stalwarts, Shatbhi Basu & Binaisha Sundaram, who will bring their 60+ years of combined industry experience to this new venture.

Shatbhi Basu, celebrated mixologist and founder of STIR bartending academy, who has been honoured by the President of India, for being India’s first female bartender, has spent her career working closely with trade and consumers to educate them on the art and science of mixology. She will drive product research and development for the brand. Binaisha Sundaram, who was part of the team that recently launched Copter 7 Beer, has also been associated with the launch of Foster's, Jägermeister, Peroni and various other leading alco-bev brands in India, will drive sales and distribution for CaSa de Spirits.

The founders have undertaken the herculean task of creating a brand-new product category using indigenous ingredients, with modern flavours, to present a truly unique product positioned as a cool and fun party drink.

“Despite the lockdown, we noticed that the Alco-bev industry was consistently growing and continued to see people consuming more Indian brands of Liquor than ever before. We felt that this was the right time to launch our own Alco-bev company which aims to create a range of products that are distinct and unlike anything currently available. Our initial strategy will be to target local markets, following which, we will then take our brand international” said, Carl Sequeira, Director - CaSa de Spirits Pvt Ltd.

“While working on marketing campaigns for alco-bev brands over the last couple of years, we’ve realised that consumers in India have been experimenting with new alcoholic beverages and we saw this as the perfect opportunity to capitalise by developing a cool party drink to revitalize the party drink category.” said, Sajay Moolankodan, Director - CaSa de Spirits Pvt Ltd.

“We’ve seen many new Indian Alco-bev brands launch recently which have been well received by consumers, who are now open to trying new products. With this in mind, we set off to create our first product which is a cool party drink that appeals to the tastes and preferences of this new generation.” Said, Shatbhi Basu, Director - CaSa de Spirits Pvt Ltd.

CaSa de Spirits’ first product range will be launched in December 2021, right in time for the end of year festive season. The product will be made using the cashew apple as a base, along with other ingredients, coming together to create an exciting and unique offering.

CaSa de Spirits also plans to launch a second range of alco-bev products in the Q2 of 2022.

Disclaimer: No Assian Age journalist was involved in creating this content. The group also takes no responsibility for this content.

Why should you keep your router secure?

Jugnu Ishiqui is overwhelmed with the amount of love for her new song, ‘Cuty pie’