The movies that he produces are light entertainers and easy on the eye and mind. 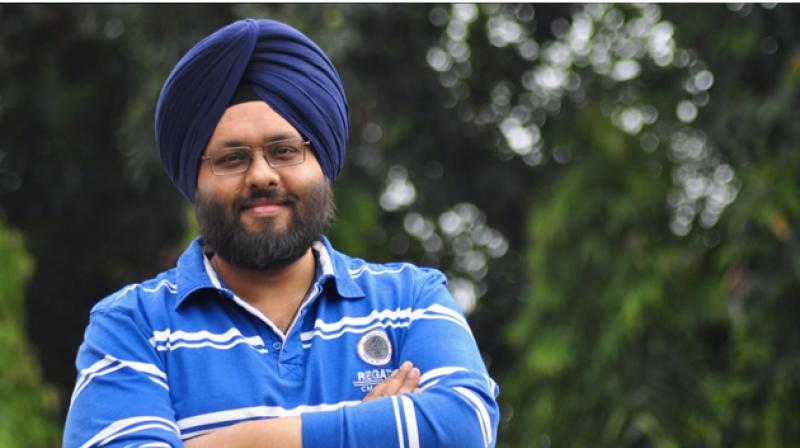 Punjabi movies like Jatt and Juliet, parts one and two, have made singer-actor Diljit Dosanjh a household name across the world. But the little-known fact about these and several other movies is their producer, talented Gunbir Singh Sidhu. This reticent filmmaker is not only the man behind light entertainers but is also recipient of National Award for the Best Film (Punjab 1984). Among other accolades, he has clinched PTC Awards for best film for movies like Jatt & Juliet, Jatt & Juliet 2, Sardaarji and Punjab 1984.

Sidhu did his schooling in Chandigarh before pursuing Bachelor’s degree in Technology from NIT Jalandhar and, then on to doing Masters in Electric Engineering from Imperial College, London. He came back home in 2004 and started trading in used cars. He went on to set up businesses in diverse sectors like education, agriculture, real estate and finance.

He could also have opted for a cushy job in a multi-national company and spent his life doing stuff that engineers usually do. But the film bug bit him and he floated ‘White Hill Production India Pvt. Ltd.” He has been a film producer, distributor and exhibitor since 2012. His first film was Jatt and Juliet, which went on to become a blockbuster and his path in life was set. The movies that he produces are light entertainers and easy on the eye and mind. However, his national-award winning venture, Punjab 1984, was a period film and a serious take on life in Punjab during the insurgency.

Gunbir runs the White Hill production company as well as the White Hill Music & Entertainment Pvt. Ltd. in partnership with his brother Manmord (Sunny) Sidhu. Together the brother duo has produced some of the most successful movies in the recent times.

Here’s to more success at the marquee and more power to Gunbir Sidhu for keeping the flag of regional cinema flying!