07 Apr 2021  Story of Resilience: From Petrol Boy to a Stock Market Giant
In Focus

Story of Resilience: From Petrol Boy to a Stock Market Giant 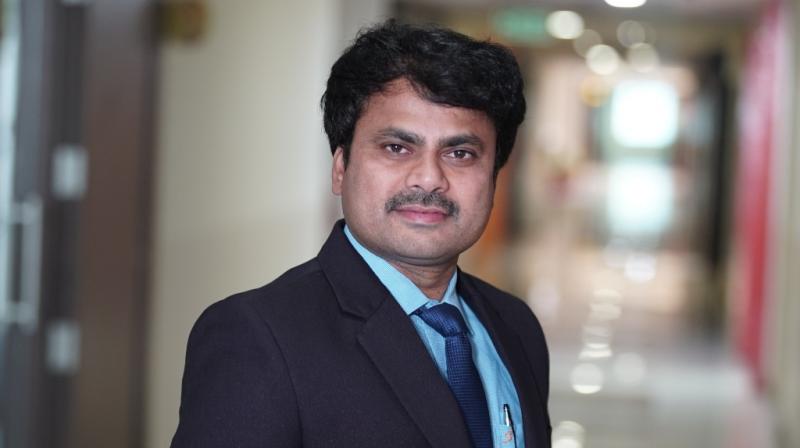 N.B. Naik’s started as a petrol boy who barely made a thousand bucks a month. Despite putting in more than fourteen hours of hard work, he still couldn’t make enough for a decent living. Probably this ignited within him the impulse to not just earn financial freedom himself but also help others do the same.

“I used to read newspapers; the business columns used to have figures in hundreds of crores. I once asked my uncle about them, and he told me it is because of the stock market. This is when I decided to make my instance in it”, says Mr Naik.

Today, this determined individual is looked up to by several investors. He has not just amassed a wide range of customers but also a massive empire. Mr Naik has been able to spread so much positivity that he has become a trusted name, having made hundreds of crores through word-of-mouth referral alone.

“There was a time when I had to sell off my mother’s gold jewellery for seventy-thousand to be able to invest in the stock market. Within less than three months, I was able to make 3.2 lakhs, funding my sister’s wedding proudly”, says Mr Naik.

Today he is the Chairman and Managing Director at SharesBazaar. Through his topnotch entrepreneurial excellence, he has been providing prolific width to several groundbreaking ventures. N.B. Naik is today one of the leading new-age entrepreneurs we have.

“As many as 98.5% Indians do not invest. Investing in the stock market is something that has changed my life completely. Besides, it has helped me lead 25 thousand people on the path towards financial freedom”, he says.

Compared to the USA, where around 55% are active stock market investors, the Indian figures are quite dismal. People who hold cash equivalents have this false perception that investments are risky and unnecessary. “The wisest thing a person can do is to invest his hard-earned money to derive more profit from it”, say experts.

According to Naik, there are no secrets for success in the stock market – only a proven profitable formula. Three strong traits make every investor successful:

Yet, 99% of investors fail to follow these simple rules, because we are mostly emotional, greedy and impatient. This has inspired Mr Naik to develop a master robot – a virtual money machine – that can help implement their golden success strategy to help investors. It is free from the emotional and psychological factors and analyses the current market supply-demand points against various parameters to lend dynamic insights to investors.

N.B. Naik’s SharesBazaar is known for not just making promises but also over-delivering them. They know the billion-dollar secret to make money, and the best part is that they decided not to keep it to themselves, but open it to outside investors as well.

A proud part of SL Group, SharesBazaar is not just making massive money but also giving their customers a winning edge. 100% growth is new normal here at Shares Bazaar. It is “where your capital is 100% secure, with a guaranteed minimum growth of 18%”, according to Naik. They are on a massive mission to leverage 1 million investors and create financial freedom for them by 2025.

How to hold an electric guitar?

How the pandemic accelerated the growth of video gaming industry?

Annu Marbaniang Shows It's Never Too Late To Achieve Your Dreams!