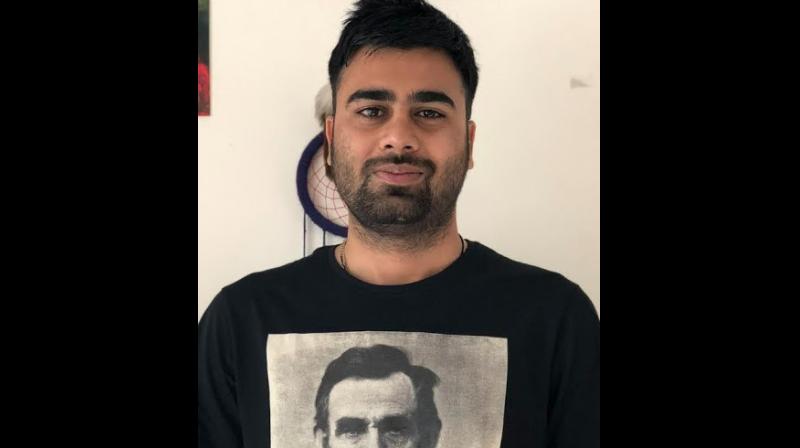 With over 1000 by-lines under Hitesh Malviya name, he is a Crypto Guru who has set the bar high.

The cryptocurrency universe is growing day by day. Most of us would have disregarded it if someone had told us how huge it was going to be five years ago, but Mr. Hitesh Malviya had different ideas at the time. He began his work in the crypto industry while it was still a relatively new concept. It all began with the launch of itsblockchain.com, India's first and oldest Bitcoin and cryptocurrency publication site.

Throughout his career, Hitesh has used scientific advancements to generate fresh concepts and stories. With over 1000 by-lines under his name, he is a Crypto Guru who has set the bar high. In addition, he has enlightened over 10,000 people around the world on how to scale their crypto investments.

Q1.Please tell us about the process of establishing itsblockchain.com, such as how you came up with the idea, how you turned it into reality, and so on.

Back in 2012, I was building a housing security startup called Digital Gorkha which was acquired later. I was looking to incorporate a digital identity layer in our existing product, that’s how I came across blockchain technology while searching online. I dug deeper, and found it very interesting, and potentially promising for the future. So when I sold my startup, I started exploring more into blockchain technology, and decided to start writing about what I was learning by reading, and watching various resources. That’s how itsblockchain.com started initially as a side hobby, but turned into a serious venture in a few months. And when the cryptocurrency boom happened in 2017, we started getting sudden spikes in traffic, so I hired a few more writers, and online marketers to capitalize on initial growth. In Jan 2017 we had less than 10K hits on the website and Zero revenue, but managed to reach more than 1M hits per month, and 160K$ in annual Revenue by the end of 2017.

Q2. What were some of the earliest difficulties you encountered while launching itsblockchain.com?

I had brief experience of running, and managing blogs, So I knew the process of writing, marketing, and other technical setup related things. So It was quite easy to start the blog because I was simply learning about blockchain, and cryptocurrency, and writing based on my learnings, so the process was very smooth, and I enjoyed it.

Q3. The majority of this article's readers are either investors or don't own any Bitcoin or other digital currency. Could you give a brief presentation on why someone should consider Bitcoin or another sort of cryptographic money?

Money has been evolving with the pace of human development, we came a long way from trading goods for services to paper currency in the last 3000 years. But in the last few years, The current form of Money which is paper currency has been used in corrupting governments, creating class divides, and promoting agendas. So the paper currency which is issued, and governed by central banks, and managed by people who are working with governments, They have failed as a system in 2008 when a global recession happened due to corruption, greed, and mismanagement. A lot of people lost their jobs, one of the biggest American banks collapsed, that's when Cryptographers, and tech visionaries started debating about alternative forms of money. Satoshi Nakamoto released the whitepaper in Oct 2018, and that’s when Bitcoin was born.

Bitcoin proposes an alternative payment system which is not governed by central authority, it has fixed supply which reduces to half in every four years, also bitcoin is managed, and governed by a distributed network of high computing resources, and these resources who are known as miners provide security, and verify transactions for the network.

One of the most sensible use cases of bitcoin is the global remittance industry. The average cost of sending money from one country to another is around 6%, and a lot of labor forces who are working abroad are paying such hefty fees to send their hard earned money to their home country. Using bitcoin, and other cryptocurrency this cost can come down to zero, and it can disrupt the whole industry which is worth 700 Billion Dollar.

And you don’t really need to have a bank account to own, or use bitcoin, you can move it free without any major cost involved. And one of the major reasons bitcoin has risen in value so dramatically is its scarcity. There will be only ever 21 Million Bitcoins, and no one can change that fact.

Q4. What would you recommend to an everyday investor who, as we all know, has never invested in cryptocurrency and wants some exposure without a major headache?

The best way to get involved in Bitcoin, and other cryptocurrency is investing like you do in mutual funds, or do it like monthly deposits. Historically Bitcoin has given more than 1000% profits if you hold it for more than three years, so avoid taking short term investing positions, think long term, invest every month, and hold your positions at least for three years for higher returns. And please don’t take loans to invest in cryptocurrencies, because it’s a highly volatile capital asset. And last but not the least, keep yourself updated with news, and developments happening around the whole crypto market.

Q5. What is something in the blockchain/crypto realm that the vast majority of people can't imagine now but will take for granted in five years?

Cryptocurrency Investing is gaining a lot of popularity since the pandemic hit, so it will become a part of popular culture soon. I believe we will have more crypto investors than stock investors in the next five years. On the fundamental side, I think many countries including India will launch central bank issued digital currency in the next five years, so blockchain as backend tech will become a part of life, it will become very common like we use UPI based payments apps today.

Q6. The environmental impact of cryptocurrency is a major problem that is preventing mainstream adoption, especially since Elon Musk expressed concerns about Bitcoin mining's environmental impact. What are some options for dealing with this problem?

There is a major shift in mining operations happening right now after China banned mining operations in China, most of them were powered by coal based energy. And China had more than 46% share In mining by April 2021. After the current crackdown by CCP, these miners have already started moving to other locations like : Canada, USA, and Kazakhstan. So we will have more than 80% of mining operations powered by renewable energy when they will relocate completely to these new locations. So the problem of environmental impact due to coal based mining will be solved to a decent extent in next few months, but we do have another issue here which is an e-waste problem, which has not been addressed yet, and its impacting to the environment a lot. In a 1.5-year bitcoin cycle, the average amount of e-waste generated would be 16,000 metric tons.

Bitcoin’s sustainability depends on how well the governments regulate the network and control carbon emissions, but the one thing we have no control of is hardware efficiency. Miners will continue to look for better hardware, which results in the dumping of older hardware.  So the E waste problem will always be there.

Abhishek Kalia creating a niche for himself in realm of music