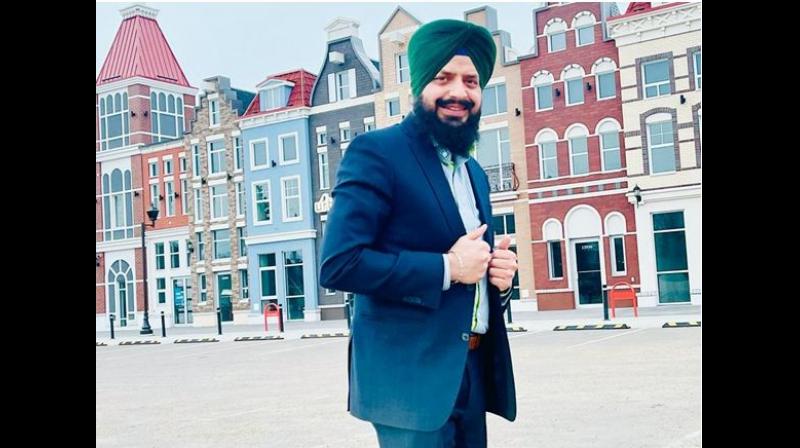 Upinder not only brings the lyrics to life but also focuses on spreading love through his albums. — By arrangement

Punjabi folk singer Upinder Matharu launches his new composition ‘Sach Da Hoka’. Holding the music industry with a firm grip, Upinder could be seen giving voice to Binder Birk’s compositions leading to a lot of his albums coming under the banner of UpBeat Music.

Having attained populace over social media, one can see Upinder’s videos and see the change for himself. People regard him to be a devotional singer. However, this does not imply that Matharu has no interest in other genres. Going through his lists of albums gives the impression of his love for art.

Being a singer, Upinder not only brings the lyrics to life but also focuses on spreading love through his albums. Often, you will find him giving voice to Binder Birk's compositions. Therefore, many of his albums are launched on UpBeat Music's YouTube channel, Binder Birk’s music company.

Furthermore, Matharu has a passion to deliver devotional songs. Many of his holy numbers have transformed lives. In fact, several fans from the world's different parts express their gratitude for performing such great compositions. His compositions have the power to make people emotional. In this respect, his album "Sach Da Hoka" deserves special mention. He says, “Living in Canada cannot eliminate the fact that I am a true Punjabi from the core of my heart. Moreover, whatever I am today is due to the immense blessings of Waheguru. Therefore, in all my efforts, praise for Nanak is prominent.”

During the challenging times of the worldwide pandemic, he stood firmly beside his local citizens. His philanthropic activities made him receive a lot of love from the public.

Looking at Matharu's Facebook pages, you will find the teachings of Nanak there. This is really impressive when someone is starting the day with such beautiful messages. Additionally, his performances have captivated the global population. He has a Punjabi team in Canada, which plays music on different occasions. A Punjabi from the heart, Upinder could never leave his culture and traditions irrespective of his location. Having excelled in a few business ventures as well, one can say that Upinder is the jack of many trades. In other words, he is a rare combination of devotion, art, culture, and intelligence.