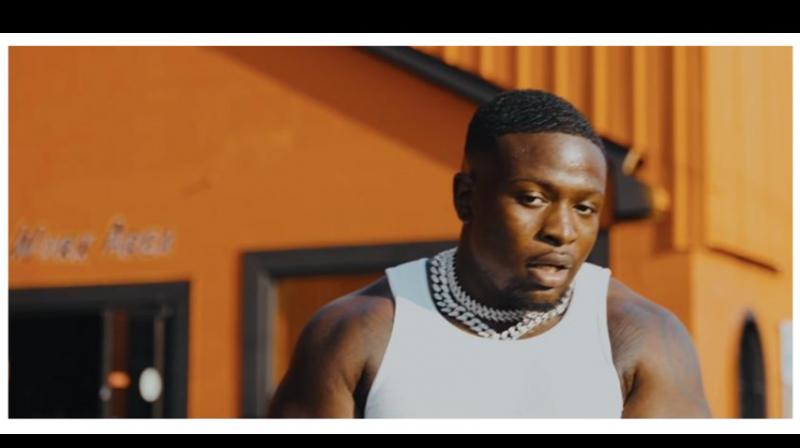 Starting from lyrics, tracks, tunes and composition, C.h.a.m.p makes sure that everything is perfect and in sync with one another. It is his meticulous skills and enormous passion for music, which makes him a class apart in his rap genre. — By arrangement

Texas rapper Baby Debo, who goes by his pen name C.h.a.m.p (Change Happens at My Place) has recently visited India for his official trip. It’s indeed a bold and courageous step to visit a country, which is going through rampant lockdowns and several restrictions in place because of the sudden surge in coronavirus.

Making the best out of his India visit, C.h.a.m.p is now determined to release his upcoming album ‘Therapy’ soon.

“Therapy is not just an album to me. It’s much more than that. In August 2019, I survived a nasty gunshot to the head. The pain and scar are still there. Through my album, I will try to explain my pains and how the same has changed my life forever. Because of that nasty gunshot, I had to confine myself in a hospital bed for cognitive therapy for at least the next six months. My forthcoming debut album will explain in detail about my experience at hospital and road to recovery,” C.h.a.m.p explained.

C.h.a.m.p is highly optimistic about the success of Therapy. He wants to share his pains with his audience. If the listeners feel connected to it, his aim would be fulfilled. His trip to India has emboldened his spirit while broadening his horizon.

“My visit to New Delhi has been a fantastic experience altogether. The change of atmosphere and environment has completely rejuvenated me. India with a population of over 1.5-billion plus is just like a home to me. Many of my fans are from India and they wait impatiently to hear my new tracks. In many aspects, India is just like the US—especially when it comes to multiple languages, race, skin colors, ethnicities, and customs and cultures.” C.h.a.m.p said.

Though C.h.a.m.p has been grabbing headlines these days, many don’t know that he started his musical career just a year and half back in June 2021. But there’s been no looking back for him since then.

Recently, he was featured in several prestigious publications like Swagger, The Source, AllHipHop and other magazines.

Coming to his pen name, C.h.a.m.p, it signifies his surreal popularity and fanbase in just the first couple of months after donning the hat of a professional rapper. His delivery style has been phenomenal. He follows his innate funky beats and bass to make his tracks more reverberating than ever.

As ‘Therapy’ is set to release soon, he hopes that the album will give a glimpse to his real life starting from his upbringing to the way he survived that fatal shooting in August 2019. He believed everything will be deciphered in the album.

You can listen to C.h.a.m.p’s previous released EPs (Yolo and Paper Route) on online music streaming channels. These tracks basically focus on his transformation and success story. In no time, he transformed himself as a high-class rap singer from being a low-class youth—once upon a time. Listen to his track Baby Debo to understand everything about him.

Starting from lyrics, tracks, tunes and composition, C.h.a.m.p makes sure that everything is perfect and in sync with one another. It is his meticulous skills and enormous passion for music, which makes him a class apart in his rap genre.

The real name of C.h.a.m.p is Nathaniel Glen Miller. He was born and raised in Mesquite, Texas, on July 24th, 2000. Currently, he is also teh CEO of IER Entertainment. His upcoming album, Therapy is set to break many records as it is now ready to hit the musical streaming channels shortly.

What are you waiting for? You can visit his official website to know more.