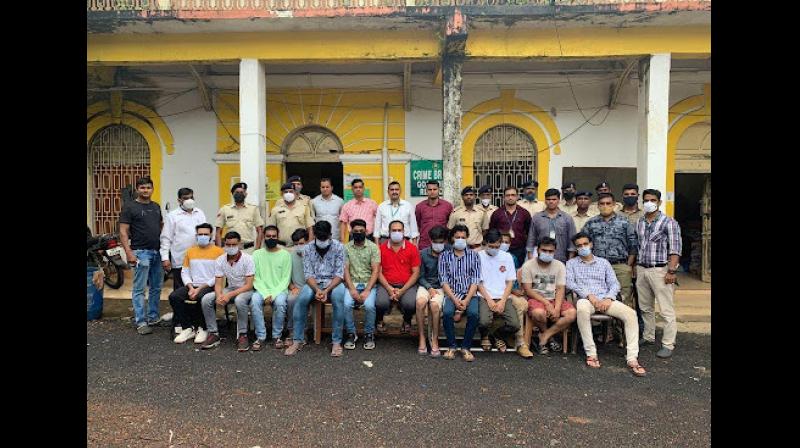 So far, the Special Crime Branch of Goa Police has arrested 13 people and has seized electronic devices which included computers, laptops, mobile phones and other electronic gadgets.

In a major attempt to crackdown on cybercrime,two weeks ago Goa Police busted a fake callcenter thatwas used to dupe US citizens into parting their money by impersonating as US government officials. So far, the Special Crime Branch of Goa Police has arrested 13 people and has seized electronic devices which included computers, laptops, mobile phones and other electronic gadgets.

“They were defrauding American nationals by impersonating US government agents and telling them that their Social Security Numbers (SSN) were going to be blocked as they were found in a criminal investigation. The victims were then coerced to settle the matter by paying fines in the form of cash vouchers which were then converted to Bitcoin and used by the fraudsters,” Superintendent of Police (Crime) Shobhit Saksena told reporters.

Shobhit Saksena, Superintendent of Police (SP) (Crime), commended the entire Pelorus team for their technical support in the case. "The technical personnel at Pelorus have been a tremendous assistance throughout the investigation," he said, "and with the fast-tracking of these cases that got accumulated during the continuing epidemic, a lot of the earlier load of unresolved cases has now been taken care of."

Goa Police, with the help of Pelorus Technologies, has also been instrumental in setting up the digital forensic lab of Cyber Crime Prevention against Women and Children (CCPWC). Most of the cases are now handled by the new Cyber Lab. These new-age advanced tools have been a boon for police authorities in speeding up the investigation related to cybercrime.