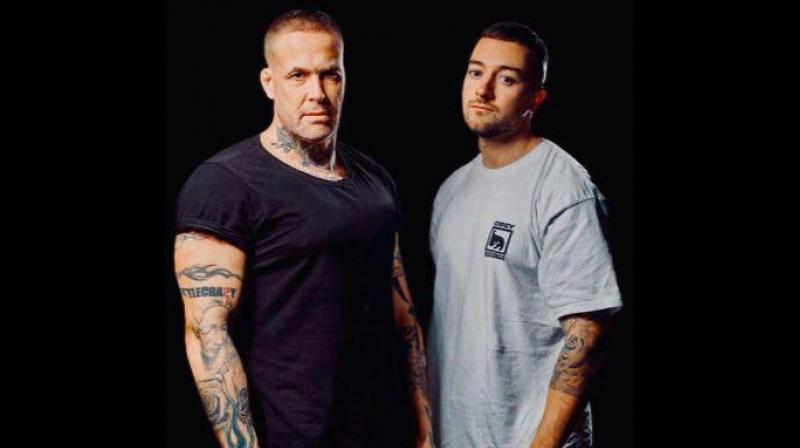 Proving their prowess as an ace DJ/producer, both Darren Rodgers and Dale Nolan have been spiraling high in the music space by giving back-to-back hit tracks.

The entertainment and music industry has been one of those special niches that has given birth to umpteen number of music artist, singers, songwriters, producers and more. Every year audiences and listeners are blessed to receive great variety of music coming from a widespread array of musicians who leave no stone unturned in enthralling all. We met one such spirited music duo "Product of US" with members Darren Rodgers from the UK and Dale Nolan rocking the music realms with their innate skills, talent and expertise.

Proving their prowess as an ace DJ/producer, both Darren Rodgers and Dale Nolan have been spiraling high in the music space by giving back-to-back hit tracks. Their eminent work in the progressive melodic house music has been recognized and appreciated by one and all. Darren Rodgers aka “Damon Hess” and Dale Nolan aka “Dayl” stitched together a beautiful partnership to form an rising and emerging band by the name "A State Of Romance" with Damon Hess as their drummer, Deano Lilley as the guitarist and Wayne Lee as the bass guitarist. Having worked with his earlier band "Littlecrazy", Damon wanted to bring something different on the table, something unique and creative form of music which would absolutely stand apart from the rest, hence decided to move forward in the new electronic sound alternative metal rock band.

Damon, being a complete music artist took the #1 spot on the UK club chart along with the famous artist Mila Falls' "Found a Love".  The core members of the band have also been on a tour with Australian band "Tracer" and released an album called "lost Poison" and also an EP called "End with You". They are all set to release their first single "Reality" which will be released on 18th October 2021.
With many exciting project in Pipeline, "A State Of Romance" is certainly bound for more success in coming times.

FTX Referral Code GET50, Get 50% Commission