How Backstage Pass Gaming college evolved over the years 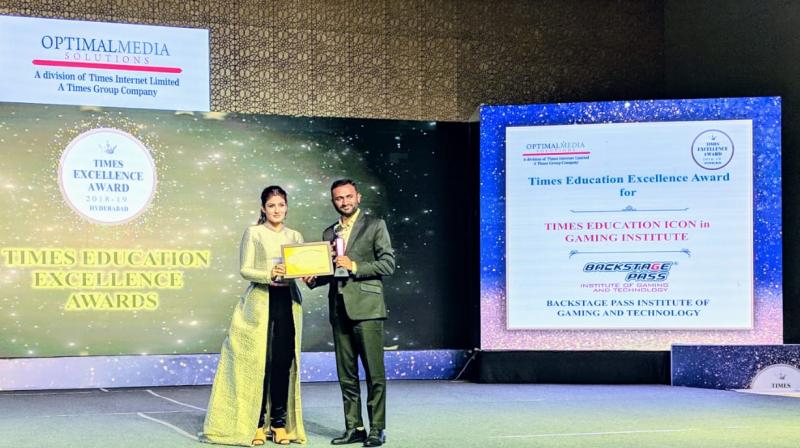 When Backstage Pass was building its foundation from scratch, they experienced lots of setbacks, which ultimately became the stepping stone towards their success.

Backstage Pass Institute of Gaming and Technology has come miles since its foundation. Tons of ups and downs followed the college through storms. They started their journey with a minimum of 8 students and few experienced faculties in the year 2010. During that time the college got appreciation as well as criticism at the same time.

But this didn't stop Backstage Pass from growing into the great gaming college that it is today. When Backstage Pass was building its foundation from scratch, they experienced lots of setbacks, which ultimately became the stepping stone towards their success. Let us see how Backstage Pass Institute of Gaming and Technology has braved the storms to be where it is today in the past ten years.

One of the foremost vital factors in any educational center is the quality of the education they are providing to their students. The standard of the institute directly depends on the mentor's skills and experience. Backstage Pass is known for providing the best of the best mentors to their students. However, there were certain glitches when they started the college. To enhance the learning process, the first-ever batch of Backstage Pass was mentored by part-time faculties who were also working professionals of the gaming industry; But everything comes with a cost. Because the mentors were working in the gaming industry, the college had to schedule the classes depending upon the mentor’s availability which resulted in irregular class timings for the students.  Today the situation is different. The college has improved this factor by hiring full-time experienced industry mentors and fixing the session timings. This resulted in regularity of classes, and hence directly impacting the education process beneficially.

But does this let Backstage Pass waiver the quality of education? The answer is not at all. Backstage Pass Gaming College only hires mentors who have extensive knowledge and working experience in the Gaming Industry. It is the mentors’ experience that significantly benefits the students in helping them to create a fully functional video game. And the results have been excellent, which are clearly visible through their student’s success stories.

Another drawback that Backstage Pass faced during their startup phase was that they used to change their academic courses very frequently to match up with the continuously growing and evolving gaming industry. As a result, there was a lot of confusion among students. But the course modification was as necessary as the student's understanding. Today, Backstage Pass has worked on balancing the both; intending to minimize the stress over students, Backstage Pass now understands and accumulates the latest trends and requirements of the industry, and based on that makes curriculum changes on yearly basis. Hence students can learn hassle free, and they will remain updated with latest technologies, and Game market trends which eventually will support them for placements.

One more problem that Backstage Pass faced during the initial period was that they provided basic software and hardware to students which were enough to learn coding and build foundation-level games. Also, the course consisted of assignments that focused primarily on the basics of coding. But now, things have changed for the best. Today, Backstage Pass College provides high-end PCs and controllers to the students so that they can effectively code games. Moreover, all the C++ assignments provided to students are gaming related.

Moreover, to bring the student’s game ideas to life, Backstage Pass launched the Incubator. The Incubator is a creative space with all the necessary technology and equipments in place to help budding Game designers and developers to create video games and successfully launch them in the market. Also the experience of the mentors provides immense support to the students in polishing and releasing their games. Backstage Pass has tied up with some leading game development companies to provide mentoring and incubator support to students. This incubator is currently open only for the Backstage Pass students and Alumni.

From 2010 to 2021, Backstage Pass Institute of Gaming and Technology has come a long way. Today the college is not just any Gaming Institute, but a pioneer who is shaping the career of students and helping them get placed in Game Companies. Backstage Pass students frequently participate in Global Game Jams, and Gaming Events. They are constantly involved in networking with influential people from the Games Industry.

Director of Backstage Pass, Mr. Surya Prakash says, “The initial thought was to provide game artists, game designers, and game programmers to game companies in Hyderabad. But now, we are encouraging students to build their own games and also, publish them to generate revenue. Our students have flourishing careers as indie game developers, game studio owners, senior developers in top game companies in India and abroad and they have worked on blockbuster AAA titles.

It's a proud moment indeed.

We have many more ideas which will be implemented in the near future. When we started this institute, we could not afford full-time game developers to teach our students, but now we have full-time industry mentors with at least ten years of working experience. This is the only reason Backstage Pass has evolved to be one of the top Gaming Colleges in India. “

To sum up all these we can say that, every year Backstage Pass Institute of Gaming and Technology is coming up with unique ideas to upgrade the education quality for their students; who wish to opt for Game Development, Game Art and Design as their career option. Nevertheless, Backstage Pass has refined itself so much over the years that today the institute is listed among the best Game Development and Design Colleges in the country. The college has won the Times Education Icon award three times in a row which is enough to show their growth in the industry as an educational institute. Backstage Pass has also expanded itself by opening 2 more campuses in Pune, Maharashtra and Bangalore, Karnataka. Its main branch is in Hyderabad, Telangana. This only goes on to show that the Gaming College is growing day by day with an aim to provide the companies with the best of the best talent which eventually will help India to become the biggest video game Industry in the near future.