The Mingus Dynasty Quintet, one of the oldest jazz bands in New York, continues to interpret and showcase Charles Mingus’ compositions. 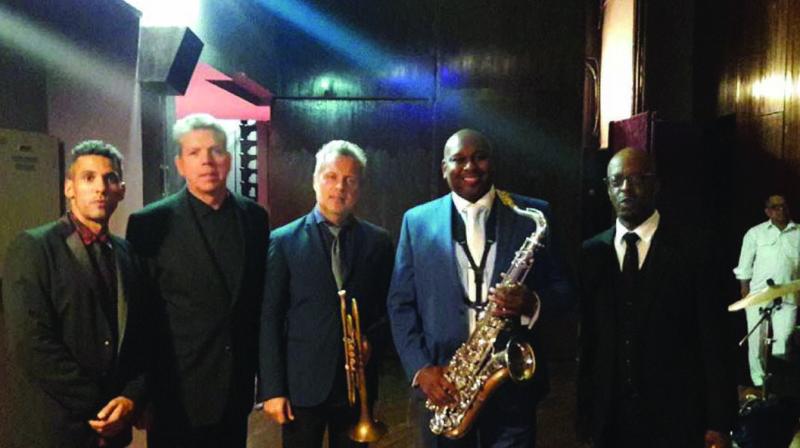 When Charles Mingus — one of the greatest jazz musicians and composers in history — died in 1979, little did the world know that the Mingus Dynasty Quintet would play his 300 compositions for over four decades. Touted to be the first band comprising the musicians who have actually performed with the musician from New York, the rich legacy of Mingus’ music has continued even forty years later.

Not deviating from his style too much, new generations of musicians continue to interpret and build on his compositions.

“People leave with time but music has to go on, and the tradition of music is passed on to new musicians. That’s the only way a band or anything can function for a long time,” says Alexandre Sipiaguine, who has been playing trumpet in the band since 1994. “I am very lucky to have played with some of the original band members, whom I perform with even today. So the Mingus spirit is very well alive,” he adds.

Alexandre and the other band members were in India for the first time to perform at the NCPA International Jazz Festival in Mumbai. Unsurprisingly, the band’s final performance at the three-day musical gala was a real treat for jazz lovers in the city. “It’s a real pleasure to be in India. This is my first time visiting this country so I am incredibly excited,” expresses the musician.

Being one of the oldest members in the band, Alexandre feels it is his duty to spread the music of Charles Mingus while bringing new influences to the band. “It’s my responsibility to be relevant and produce contemporary music. I keep practising my music every day. I compose and stay in good shape with my instrument,” the musician reveals, adding that he tries to stay in touch with the current jazz scene in New York, and he also listens to the music produced by newcomers.

Being one of the most revered quintets in New York, the band brings together their individual styles with the music of their influences. And while being in tune with other musicians can oftentimes be challenging, this is never an issue for the Mingus Dynasty Quintet. “It is not easy to get into the professional New York jazz circle for young musicians in the first place, especially with Mingus’s band. But once you get accepted, you do everything you possibly can to fit in the band and also maintain your own voice,” he says with pride.

Ranging from solo band performances to fusion collaborations across the world, Alexandre finds that African-American music is constantly evolving, owing to influences from different cultures. “Jazz is a live tree that is only growing. It goes through its cycles. It is influenced by many cultures, which is helping this music to evolve,” muses the musician. Hefurther notices that the evolution of recording has posed a threat to the live jazz scene to some extent. “It is easier to record in your own bedroom, and music is so easily accessible through the Internet. But the experience of live performances is still second to none, and luckily we have full house performances,” he laughs as he signs off.