A ‘Man’ of Substance

Considering it an achievement to play the music he loves, Aman Mahajan is set to play at The Bangalore School of Music. 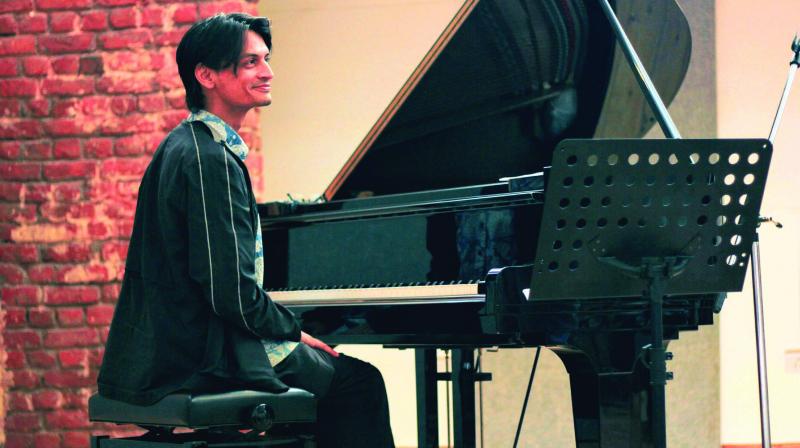 Aman Mahajan, a pianist/composer, who has played in Lucky Ali’s band, and has been on two seasons of Coke Studio @ MTV will be performing in namma ooru on November 9 at The Bangalore School of Music.

He opens up about his musical journey, what he is working on and more...

“I have formally studied classical piano since a young age. I knew I’d be a full-time musician at the age of 15, when I was in school in Hyderabad and first started meeting other professional musicians in the city. The idea of improvised music always fascinated me-whether it was jazz, blues or Indian classical music it didn’t matter, genre was not the main concern. The main idea was to be able to meet another musician and speak through music, which I understood was only possible when you could improvise,” Aman says

When asked what he is working on currently, he says “I’m currently fine-tuning my solo piano project, titled refuge.1. This consists of piano arrangements of compositions I’ve written over the years, on a variety of different themes. The music has arisen from all kinds of inspirations and musical styles. I had a chance to perform this music in Graz, Austria earlier this year.

Throwing light on the challenges he faces as a pianist, in a country like ours, he says, “The challenge with playing contemporary improvised music on Western instruments in India is that you have relatively few peers. It can be hard to do a musical project with musicians from one city; most of my work tends to be collaborative in nature, and it is based on travel and touring, after which we all go back to the cities we come from. Another challenge is to actually find venues with acoustic pianos, as the instrument itself isn’t portable. There are just a handful of music venues in the whole country with pianos. I do see the prospects for playing improvised music in India improving, though we have a very long way to go.

He signs off by saying, “I consider my profession and being able to play music I love an achievement, as it was something I was led to believe was almost impossible in India. This is definitely not the case, and that’s the message I would like to share with anyone interested in taking up music as a career.”