The Beat from the streets

Prabh Deep will stop at nothing to make his social commentary rhymes heard around the world. 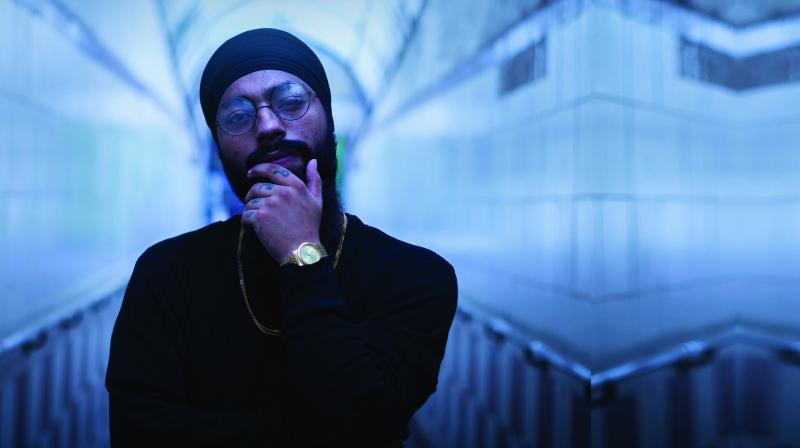 Prabh Deep introduces us to his friend Abu in a track named after him in his debut album Class-Sikh. The spoken word piece starts off where the second track, I Don’t Care ends. Abu is dead of an overdose and Prabh, in a vulnerable minute-long track talks about how his friend became an addict, did two stints in Tihar jail and eventually lost his life.

Click Clack, possibly the rawest track on the album goes on to show just how the situation affected Prabh. “Click Clack, Aithe hunde ne fire te, aithe hunde ne katal. Aithe hunde ne nashe te, kinu painda ni farak,” he raps in Punjabi, talking about how gunfire and drugs make no difference to anyone out there.

“The song was inspired by the death of a really close friend,” explains Prabh, “I hope the drug situation improves and I never have to write another song like that again. But if I do have another experience of the sort, I will write a song like this.”

If there’s one thing these three tracks of his fairly autobiographical album announce, it is that the Delhi-based rapper isn’t afraid to speak his mind. The idea, for the 23-year-old, is to put his West Delhi suburb of Tilak Nagar on the world map. “Class-Sikh is inspired by the stories of my community in Tilak Nagar. Sez on the Beat (Sajeel Kapoor, producer) and I worked on everything together, often after witnessing stories that unfolded in front of us in real time,” he says. “So far, it’s been humbling and amazing to see my journey reach the international stage. But my main goal is always to represent Tilak Nagar, wherever I go.”

Growing up in Delhi, hip-hop resonated with Prabh deeply, but he asserts that it’s not something that you can learn. “There are no classes on hip hop. If you’re true to who you are and tell the story of your life, you’re telling the story of hip-hop,” he says, succinctly. “If there’s one classroom for hip-hop, it’s the streets and the people you grew up with.”

Prabh adds that he doesn’t envision a video before he writes his songs. The motivation still comes from observing his surroundings. “My videos are informed by things I witness on the streets. The writing is what comes to me first, and then my team and I decide on how to create a video around it,” says the rapper, who was catapulted to fame after his song G Maane became an instant hit. The track features on his debut album.

The rapper, who recently played at the Ragasthan festival, has no doubts that Indian hip-hop is already going places. Does he see it growing further? “I mean, we’re here talking, aren’t we?” he shoots back. “None of us were getting any attention till about a couple of years ago. And now, we’re on the doorstep of Bollywood, and international cities like London and Toronto.”

Even as Prabh is already working on a second album, featuring some international collaborations, he has his sights set firmly on being the best. “I won’t be satisfied until I’m the king of hip-hop — desi, or whatever. Period.”

How’s that for a mic drop?

— With inputs from Nirtika Pandita