Live gigs around the city are helping a fresh crop of musicians bloom in the indie music scene. 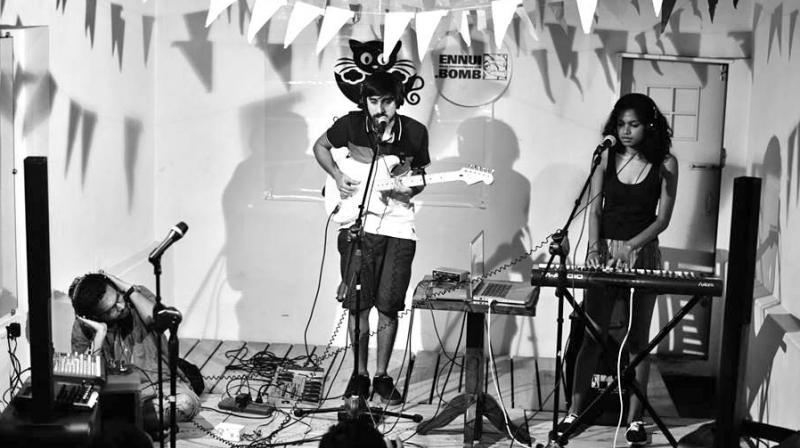 The indie music scene in the city has picked up over the last few years with new musicians and bands are coming into the scene. While online platforms have helped these bands immensely, live gigs are still hard to come by.

A handful of serious enthusiasts are turning the fate of these up and coming artists by providing them a space to perform and get connected to an audience. Rishu Singh, founder of ennui.BOMB, an independent record label which is dedicated to find fresh talents collaborates with alternate spaces in the city for Discovery Nights. “This is the 11th year for our company and throughout our focus has been on original and fresh talent. Earlier we would ask young musicians to send their work to us and every year we have a compilation of some of the best works that we receive, which can be downloaded for free from our website. We have got a great response not just from different parts of the country, but also over the globe. From places like Czech Republic, for example, people would message saying they had never thought this kind of music was made in India,” says Rushi.

The idea of Discovery Nights began with letting the artists connect with an audience says Rishu. “We were looking for spaces which would be more intimate. The whole idea was get musicians who we would not otherwise hear in the more popular spaces like Hard Rock Café or a Bar Stock Exchange,” he adds.

Pitaara Studios in Goregaon West is one of the first spaces that opened up to Rishu’s ideas and hosted musicians for the first three months. Sangeeta Vyas, the founder of the space, is an artist herself. “It’s a bungalow which is done with Indian aesthetics in mind. The time we started the space, the idea was to create a space for artists to come and share their ideas with each other,” she says.

Although there is no specific genres, Rishu says, they prefer to keep it a bit towards the “softer side”. “We don’t want to disturb the peace and therefore keep it to less distortion and more acoustic-based music,” he says.

Currently, Rishu have collaborated with Cat Café Studio in Versova and held the latest session on June 29. One of the most noted bands to have performed twice at the Discovery Night sessions is iblinkwhenithink (IBWIT), formed by Rishav Kapur and Tanvi Dhobale earlier this year. The Discovery session was their first live act. Sharing the experience, Tanvi says, “It was a small, chilled out and cute space that was good because it was our first gig and we weren’t nervous. There was a lot of interaction with the audience that while performing and feedbacks later on,” she says.

Currently, the artistes have turned full-time musicians and want to push the envelope on the indie music scene in India. “The scene is great and with help of greater initiatives we can reach newer heights,” she concludes.