He always wanted a changed world but changing isn’t easy and people stop, thinking about the circumstances of the actions they take upon. 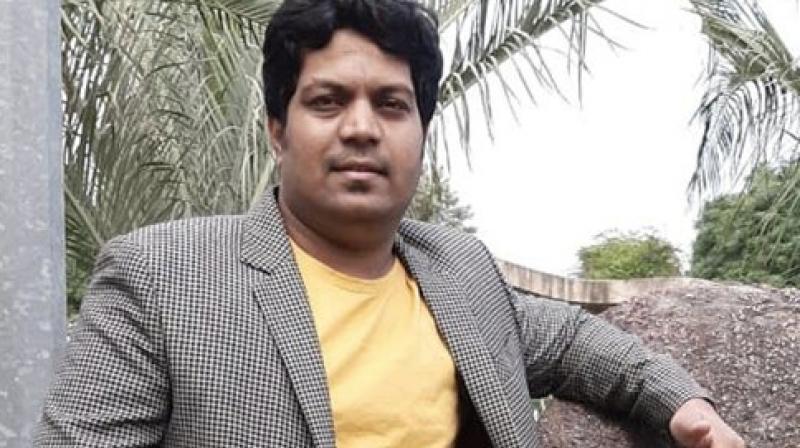 Wondering where to make a start.? Well, not all do so. Some heads take the decision and make it right. Just like the same come up a name “Rohitash Jadhav”, a one such Digital Marketer who understood the needs of people and presented them with the in-depth or something called as a factual part behind a piece of news. He always wanted a changed world but changing isn’t easy and people stop, thinking about the circumstances of the actions they take upon. Viral Mania was one such action brought upon by him which created a sensation by reaching out 1 million views within 24 hours of it being uploaded. Not only this, Rohitash took part in varied activities and events which from his end can make a slightest of change. He knew his words and actions won't remain unnoticed and neither was the same. All of his efforts were being watched since long and when it came to recognition on bigger pace, he got his first recognition by the current CM of Madhya Pradesh. Yes, he was rewarded by Mr Kamal Nath, and this was one such great help to improve his already confident mind.
The lead start of Viral Mania as a Youtube channel and the Facebook page started being approached by various celebrities. The contents of what could have taken days to reach the public now went within a day.

How amazing to see such improvement in the field of Social media and Digitalization? How can such efforts be ignored? Well, it was not and he was called upon to be part of various events like the ones which were, socially driven, etc. One such event was “Narayani Namah” conducted to show the women empowerment and the efforts. He was always seen to be a helper for all those women’s (holding highest ratio in total with the men) who worked in his Digital Marketing company or outside and for an event like “Narayani Namah” he was the perfect influencer therein to be invited.
The wider it goes, the wider it grows. Not only to be considered for something viral but was also the case of Viral mania which reached out to the public at large and helped them know what they demanded. His Youtube channel and Facebook page “Viral Mania” became a sensation soon and became one such help for some of the recognized leaders including those of MP’s and MLA’s. All such campaigns created and started by the leaders reached out the public at large and soon gained a consciousness. Well, not only this, seeing the virality of the pages and channel, varied e-commerce portals also approached Viral Mania and on today’s date is being handled by Viral Mania.
The Youtube channel of “Viral Mania” writer and creator was dedicated to amazing facts and so was his Facebook page which provided the people with amazing facts and news of entertainment.
All the needs were fulfilled and all were satisfied. The Public, the Politicians, the Celebrities, all of it gained what they wanted and so did Viral Mania. Just like all, Viral mania too gained its position among others and soon Rohitash started receiving titles like that of a Digital Marketer, a Youtuber and an Influencer. He left no chance to influence the crowd, no matter what the circumstances existed.

His journey from a Digital marketer to an influencer and a Youtuber who hacked the Virality as Youtuber and on Facebook by truth was not at all easy. But he and his team made this happen. They worked together to create a platform which is all based upon truth and facts behind a story or a word. Rohitash is one such motivator for all those who think that they can’t because a word called “Want” removes the existence of “Can’t”.