Tyler died Sunday morning at his home, according to his longtime friend and manager Toni Benson 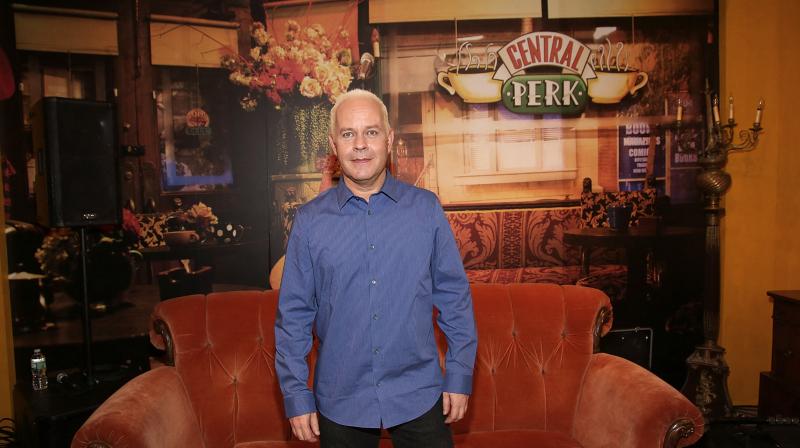 Los Angeles: Actor James Michael Tyler, who played Central Perk barista Gunther on the hit sitcom "Friends", has passed away after a battle with stage four prostate cancer. He was 59.

Tyler died Sunday morning at his home here, according to his longtime friend and manager Toni Benson.

"If you met him once you made a friend for life," Benson wrote in a tribute emailed to The Hollywood Reporter.

Tyler was working as a barista at the Bourgeois Pig coffee shop on Franklin Avenue near Hollywood and it was his expertise with the levers of an espresso machine that landed him the job in "Friends" when he was asked to stand in the background on the NBC sitcom.

He got his first dialogue and his character a name after two seasons and 33 appearances, according to Saul Austerlitz's 2019 book, "Generation Friends: An Inside Look at the Show That Defined a Television Era".

Tyler's Gunther harboured unrequited love for Rachel Greene, played by Jennifer Aniston, for years but does not reveal his true feelings to her until the series finale.

Aniston took to Instagram to pay tributes to her late co-star. "Friends would not have been the same without you. Thank you for the laughter you brought to the show and to all of our lives. You will be so missed #JamesMichaelTyler," she wrote alongside a clip from "Friends" finale with Tyler.

"We had a lot of laughs buddy. You will be missed. RIP my friend," wrote Matt LeBlanc, who played one of the six leads as Joey Tribbiani on the show, on Instagram.

Lisa Kudrow, who essayed the role of Phoebe Buffay in "Friends", thanked Tyler "for being there for us all".

"James Michael Tyler, we will miss you," she wrote alongside his photo on Instagram.

Courteney Cox, better known as Monica Geller in the series, remembered the actor as a magnanimous person.

"James was a genuinely kind, sweet man. When he started as an extra on Friends, his unique spirit caught our eye and we knew we had to make him a character. He made Gunther's unrequited love incredibly relatable. Our heart goes out to his wife, Jennifer Carno," they said in a joint statement.

In an interview with Today in June, Tyler revealed he was diagnosed with the disease in September 2018 after a routine check-up.

"I was 56 years old at the time, and they screen for PSA, which is prostate-specific antigen. That came back at an extraordinarily high number... so I knew immediately when I went online and I saw the results of my blood test and blood work that there was obviously something quite wrong there.

"Nearly immediately, my doctor called me and said, 'Hey, I need you to come in tomorrow because I suspect that you may have quite a serious problem with your prostate'," he had said.

Tyler, who made a brief appearance on the "Friends" reunion special via Zoom in May, said he chose not to reveal his diagnosis during the event but was "happy to be included" in all the festivities.

"It was bittersweet, honestly... It was my decision not to be a part of that physically and make an appearance on Zoom, basically, because I didn't wanna bring a downer on it, you know? I didn't want to be like, 'Oh, and by the way, Gunther has cancer'," he had said in the interview with Today.

The actor had also said the cast and crew knew about his diagnosis.

"David Schwimmer (who played Ross Geller on the show) has corresponded with me via Instagram. The producers are aware, they've been aware for a long time," he had said.

Tyler was the youngest of five children and was born on May 28, 1962, in Winona, Mississippi. After losing his parents -- father, a retired Air Force captain, and homemaker mother -- early, he went to live with his sister in Anderson, South Carolina.

He acted in student plays at Clemson University, where he graduated with a degree in geology in 1984, then received a master's in fine arts from the University of Georgia three years later.

He moved to Los Angeles in 1988, sold keyboards at a Guitar Center and worked as a production assistant on the Paul Newman-starring "Fat Man and Little Boy" (1989) and at the Bourgeois Pig cafe before landing on "Friends".

His small screen credits also include "Just Shoot Me!", "Sabrina the Teenage Witch", "Scrubs", "Modern Music" and, as himself in 2012, on LeBlanc's show "Episodes".

While undergoing chemotherapy, Tyler continued to perform and starred in two short films -- "The Gesture and the Word" and "Processing" -- which earned him accolades at various film festivals.

Earlier this year, his spoken-word performance of Stephen Kalinich's poem "If You Knew" was adapted into a short video to raise awareness for the Prostate Cancer Foundation.