Playing Pied Piper for Brahmaputra’s cause

Singer Papon ropes in B-town celebs for a song that celebrates the mightiness of river Brahmpatura. 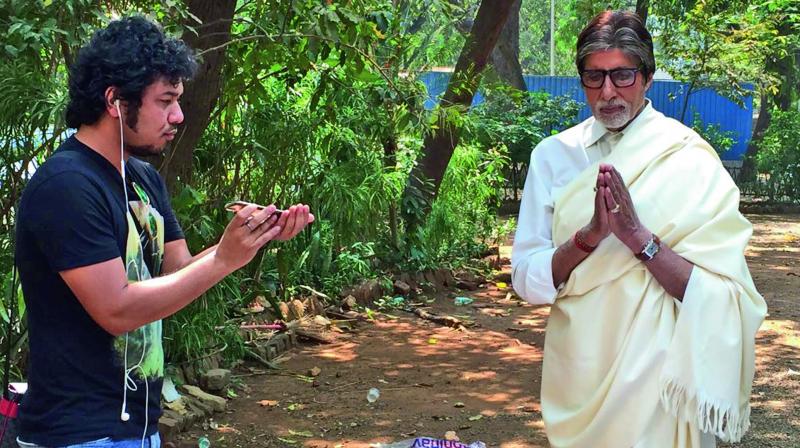 Papon with Amitabh Bachchan during the shoot of the song

With soothing and melodious tunes playing in the backdrop of the scenic Brahmaputra, singer Angarag Mahanta aka Papon has managed to rope in Amitabh Bachchan, Arijit Singh, Sonu Nigam, Shreya Ghoshal, Kailash Kher, Zubeen Garg, Shankar Mahadevan, Vishal Dadlani and many others to lend their voice for Namami Brahmaputra, a song that celebrates the mightiness of river Brahmaputra.

Papon, who is among those few Assamese artistes who have managed to make a name in Bollywood, says that the song is like a “once in a lifetime kind of opportunity”, especially since he was able to convince his “friends from Bollywood” to take out time for the song.

Composed as the anthem for the first river festival to be held in Assam, the song talks about Brahmaputra, ranging from its strong undercurrents to the fertile land in the valley surrounding it.

Says Papon, “The song has been created in order to tell the story behind the river, and how it is responsible for the liveliness in the valley. I wanted my friends from Bollywood to lend their voice to the song so that the song gets a wider reach. And when all these people took out the time for the song, despite the fact that there was nothing commercial about it, it was a great gesture of love for the project.”

The river festival, also titled ‘Namami Brahmaputra’, is an attempt by the Assam government to celebrate the state’s art and culture and also promote trade and tourism.

Speaking about the song — which has been written in Hindi and Ahomiya — Papon adds, “Since the idea was to promote Assam, I decided to create both Hindi and Ahomiya versions of the song, so that people from the other parts of the country can also understand and relate to the song and the message behind it.”

Moreover, the song is also a way to awaken people about the river, which is often been held responsible for the floods in the state. 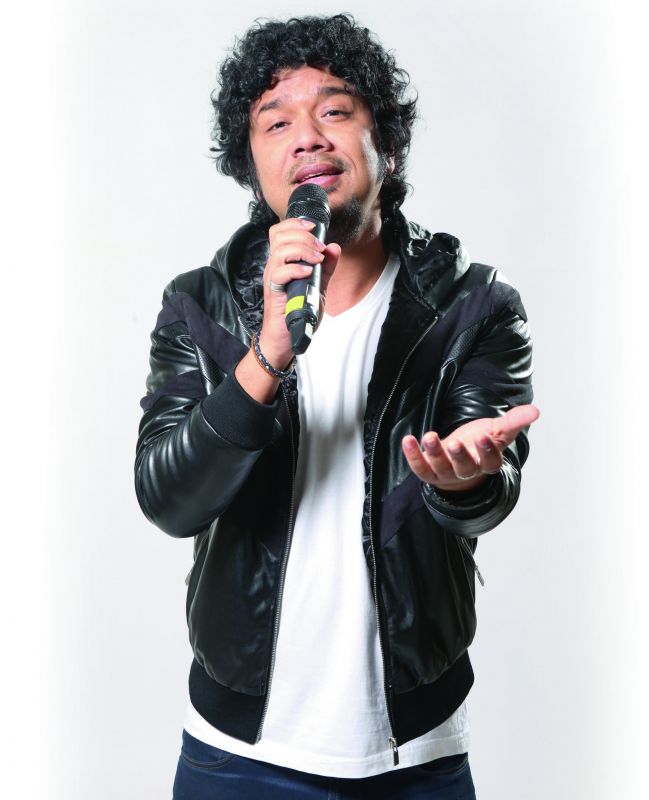 “It’s like so many of us have a river flowing at our backyard, but we hardly even think of it. We blame the river for floods, but somewhere even we are responsible for that. To show how huge the river is and what a great part of the country it occupies, I have used many visuals of the river in the videos of the song,” he adds.

Speaking of the holy rivers of India, the Uttarakhand government recently declared rivers Ganga and Yamuna as “living entities”, giving them the same legal rights as a person — a move made as an attempt to help in efforts to clean these pollution-choked rivers. Ask Papon if he believes in the idea and the personification of rivers, he says, “We do personify Brahmaputra. If one has ever visited the valley by the river, they can easily see people talking to the river. In fact, I have many songs related to people’s connection with the river.”

Talking about the importance of conserving our water bodies, he adds, “How can people forget that life started with water? It is only because of water on this planet that life started here. That’s how civilisation started. There is nothing beyond water. Nature is very essential and it is so obvious. According to me, everything is about worshipping nature. One must pay respect to what actually is our source of life.”