Shoebite is a story of a 60-year-old man who sets off on a road journey for self-discovery. 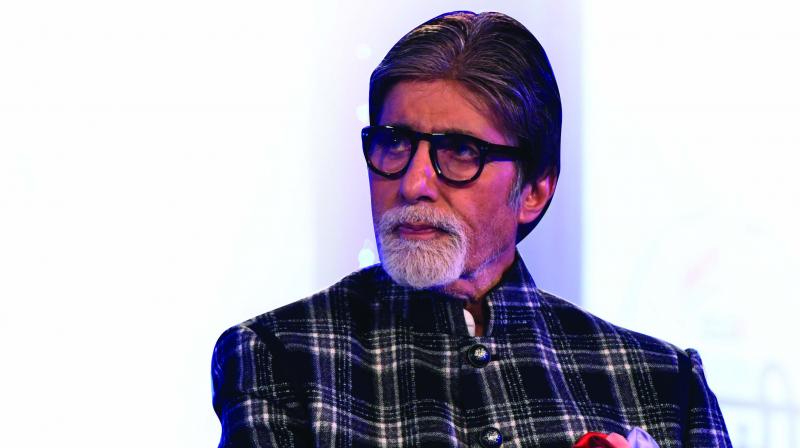 In August 2016, Doshi announced a sequel to the film, directed by Anees Bazmee and starring Bachchan, Arshad Warsi and Regina Cassandra. He had also mentioned that Ileana D’Cruz would star in the film, which the actress denied immediately. This marked the start of the problems that plagued the film.

“Rajtaru Studios claimed that they owned the title and the film’s content, and sidelined Doshi from it. Anees continued on the project and the others were out. Recently, Gaurang registered the title Aankhen Returns, leading to Rajtaru firing a missive and a notice. Doshi has now reciprocated with another notice. As it stands, till this is sorted out, there will be no sequel,” says a source.

This is not the only Bachchan film that is stuck in a legal quandary. His film Shoebite with director Shoojit Sircar — earlier titled Johnny Mastana — is also in a legal battle between top Hollywood production houses UTV/Disney and 20th Century Fox.

“UTV & Disney put aside the internal debate, issues, or personal viewpoints and give this labour of love from Shoojit Sircar a chance for others to appreciate this novel story and film ..  please (sic),” tweeted Bachchan.

“I spent three years of my life on the film. It has a milestone performance by Bachchan, and I am pretty disappointed that the film has not released as yet. I can only request the producers to sort their differences out and release the film soon,” Sircar told us earlier.

Another ready but unreleased film of is the S Ramanathan directed film Zamaanat, which also stars Karisma Kapoor and Arshad Warsi. Ramanathan had made the cult classic Bombay To Goa with Bachchan in 1972, followed by Mahaan in 1983.

Shoebite is a story of a 60-year-old man who sets off on a road journey for self-discovery. Sarika, Jimmy Shergill and Dia Mirza also have important roles in the film.