Vir, who was recently embroiled in controversy over his 'I come from two Indias' act, was nominated for Netflix special 'Vir Das: For India' 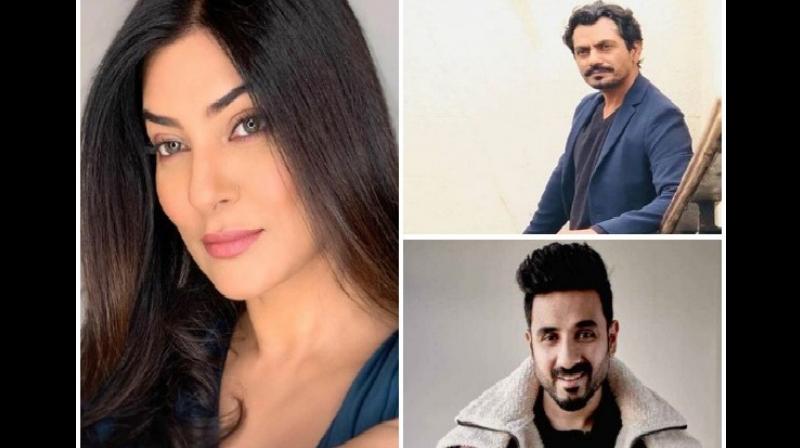 While it sure was a moment of pride for the three to represent India at the prestigious awards ceremony, all three missed out on the top spot in their respective categories. (Photo: Instagram)

While it sure was a moment of pride for the three to represent India at the prestigious awards ceremony, all three missed out on the top spot in their respective categories.

Nawazuddin was nominated for Best Actor for his performance in 'Serious Men'. However, the Emmy went to Scottish actor David Tennant for 'Des'.

Directed by Sudhir Mishra, 'Serious Men', which is available to watch on Netflix, is an adaptation of author Manu Joseph's 2010 novel of the same name. It focuses on the story of an ambitious underachiever who capitalises on his son's newfound fame as a boy-genius to improve his family's fortunes.

Vir, who was recently embroiled in a controversy over his 'I come from two Indias' act at the Kennedy Center in Washington, was nominated for the Netflix comedy special 'Vir Das: For India'. However, he lost out in the Best Comedy category as the award went to the popular French show 'Call My Agent!'.

Sushmita's 'Aarya', a Disney+ Hotstar series helmed by Ram Madhvani, was nominated in the Best Drama Series category. However, the Emmy was bagged by Israel's 'Tehran'.

'Aarya' is an official remake of the popular Dutch crime drama 'Penoza'. The Indian adaptation revolves around Aarya Sareen (Sushmita) who is a caring mother and a loving wife. She is quite simplistic in her approach and is unaware of the illegal business her husband is a part of. However, things go bad for their family after Aarya's husband Tej Sareen (Chandrachur Singh), a pharma baron, is mysteriously killed. The second season of the show is expected to be released soon.

Both Vir and Nawazuddin attended the in-person award ceremony in New York. This is Nawazuddi's second year at the International Emmys. He was there in 2019 with two shows nominated for Best Drama - 'Sacred Games' and 'McMafia', which had won.

Team 'Aarya' also attended and posed on the red carpet - many wearing ethnic attires including director Ram Madhvani. However, the show's lead actor Sushmita gave the event a miss.