Pakistan has previously banned films like Lahore, Tubelight and Agent Vinod among others. 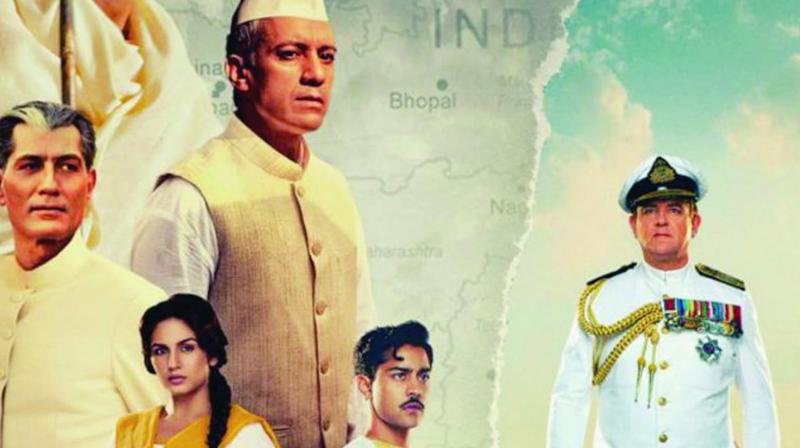 The ban of Gurinder Chadha’s film Partition: 1947 or Viceroy’s House in Pakistan for the portrayal of Jinnah in a “bad light” has sparked much debate among the online community. Different sections of the film and art industry too have varied opinions on the ban on the film, and many believe that the entire film has taken a lot of liberties with reality.

Filmmaker Harsh Narayan, who has also been exploring stories around Partition, says, “Yes, I saw the film. Firstly, every country is sovereign and  has its own constitution and traditions. We cannot compare our own censorship with the censorship of some other country. We have a Central Board of Film Certification (CBFC) whereas in Pakistan it is still called the Censor Board. Secondly, Pakistanis look up to Jinnah the same way Indians look up to Gandhi. The esteem in which these leaders are held in their respective countries is almost similar. They almost worship Jinnah. So, in a way it is their right to react to this film in this way.”

He feels Pakistan is not as liberal as India and the kind of films that are released in India would probably not be released in Pakistan.

Tweet by Gurinder Chadha on the ban in Pakistan.

Pakistan has previously banned films like Lahore, Tubelight and Agent Vinod among others. Bajrangi Bhaijaan too was released with additional cuts in the country. Sen believes that people should be allowed to make any kind of film they want. “After all, we all see Salman Khan films, but we don’t ban them because they are bad.”

He adds that he cannot blame the Pakistani government entirely. He says, “It is based on a highly controversial book. Mountbatten’s aide had written that book, about some secret document which claims that Winston Churchill had made a deal with Jinnah. Maybe that’s why they feel that it is an unfair portrayal of Jinnah. But to be fair, our leaders, Nehru and Gandhi have been portrayed in a worse light than Jinnah and we haven’t banned it. It is just a pathetic piece of work and irresponsibility cannot be tolerated.”

Many facts have been toyed with in many films that claim to be based on history. Historian Siddharth Gauri says, “Filmmakers change personalities based on the situation that is being portrayed. It is a Catch-22 situation. The film has a story and in order to justify that, a lot of facts are lost. The portrayal of any historical figure will vary according to the context of the filmmaker.”

Reiterating this point, artist Kabul Rishi, who works toward promotion of cultural exchange between India and Pakistan, says, “What directors do is that they try to get facts and portray them in the best possible manner. But after all, films are out there to make money. So filmmakers end up adding a little bit of masala to the film as well to make it more interesting. One needs to keep it in mind that it is entertainment, so there is no need for a ban.”