The actor and director, who have been working together for 30 years, continue to support each other’s careers. 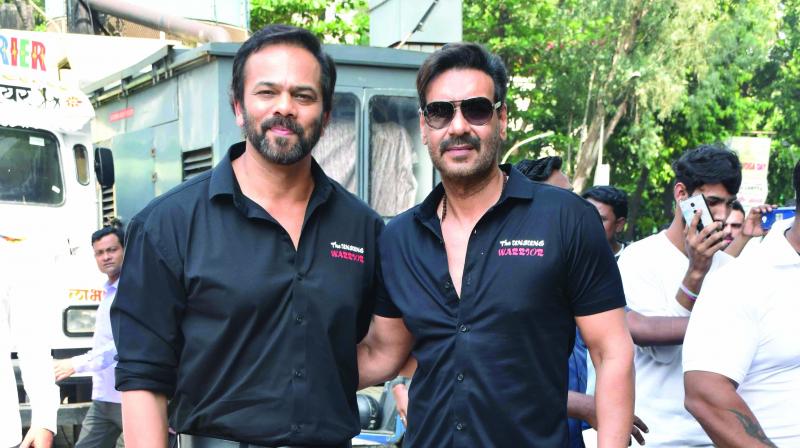 Rohit Shetty and Ajay Devgn have been a timeless duo in Bollywood, with classic films like Singham and Golmaal sweeping the nation. The Singham filmmaker and actor have continually shown support for each other, the most recent instance being their kind words at the trailer launch for Ajay’s latest film Tanhaji: The Unsung Warrior, which also stars Saif Ali Khan.

“My journey would have remained incomplete without Rohit. He had joined Ajay Devgn FFilms as an assistant, and became part of the family. I take loads of pride in Rohit, who started with us and has reached so far. He made it possible with his dedication and hard work as well as his passion. All of us have witnessed his journey,” the actor gushed.

Rohit responded with kind words of his own. “My film journey would be incomplete without Ajay Devgn’s part in it. We have spent 30 years together, and this relation is just not about a few Fridays, but of two generations. Let me tell you that whatever you guys see in Tanhaji is a dream that Ajay had nurtured for almost 30 years. He wanted it to be a visual of a lifetime for all of you. Incidentally and fortunately, this is Ajay’s 100th film, but behind this has been his honesty, commitment and dedication,” he said with a smile.

As for the trailer, Rohit was all praise for Ajay and Saif’s performance. “Ajay sir’s company and the VFX team have worked hard on it. Om Raut (Director), Ajay sir, Saif Ali Khan, and all others have worked so hard that whatever you will witness today, I guarantee that you guys will witness it for the first time in the Indian cinema. The credit obviously goes to actor/producer Ajay, who wanted to form his own company and has been successful especially by giving something unique to the audiences,” he shared.

Saif, who was present at the event, also had favourable things to say about Ajay. “I am happy to be a part of Ajay’s 100th film, it is an incredible achievement for him. We know the love and passion that Ajay has for films, and one needs to love their work. Ajay has always been a supporter of people who give this industry so much; I saw the same technicians and spot boys whom I worked with for the past 30 years. I have a great deal of respect for Ajay,” he said in conclusion.