He is the classic monarch of the Hindi film industry who knows to go into the skin of his characters. 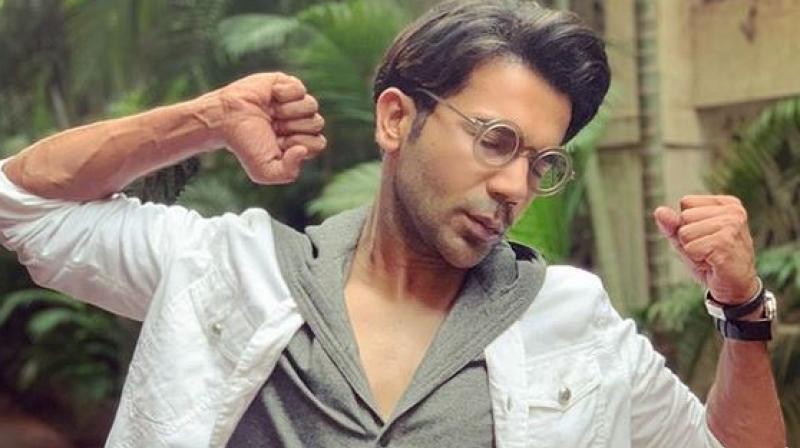 Mumbai: With back to back hits, Bollywood actor Rajkummar Rao is new favorite to critics and audiences alike. The good looking and very talented actor is the classic monarch of the Hindi film industry who knows to go into the skin of his characters. Talk about Vijay from Vikas Bahl’s Queen; who objectifies Rani (Kangana Ranaut) or Pritam Vidrohi (Bareilly Ki Barfi), Raj helds the montage of quality cinema. Pritam’s character was naive and mumma’s next door types.

He has grabbed the center stage like a copy of a limited magazine. His sojourn in the film industry has gained him commercial hits, National Film Award three Filmfare Awards, Asia Pacific award in eight years and has made a genre for himself. This man knows his craft, strengths, and weaknesses really well.

As 'Shahid' in Hansal Mehta’s Shahid Azmi he got into the skin of his character as a lawyer which was mentally exhausting. It won him accolades. In 'Newton' you see him as a man valued by his ethics and morals. As Shaurya in ‘Trapped’ he gives you a universal connection on the note of the concept of Charles Darwin’s ‘Survival Of The Fittest’ in a closed room and how life post release becomes a path of walking ahead.

In horror comedy Stree 'Vicky' a tailor from Chanderi has a soft heart in a village haunted by the spirit of ‘O Stree Kal aana’.

Indeed! Raj does content-driven cinema. The proof has been today’s trailer launch of ‘Made In China’ trailer which depicts the life of Raghu Mehta a struggling Gujarati businessman who embarks on a journey in China to make it big. You get the feel of Gujarat in his role, trailer.

When Rajkummar was asked about as an outsider he made it to one of the top notch actors today and if his success had Jugaad he said, “when I was looking for work a lot of people told me earlier you have to build contacts,go to parties I didn't do anything like that. I was lucky that I got to meet casting directors and that's how I started my story with Love Sex Aur Dhokha.. I think usmei koi Jugaad nai tha kyuki agar usmei Jugaad hota toh woh Jugaad wahi khatam Hoh jata aur Mei bhi wahi khatam Hoh jata. In any artistic line woh Jugaad aapko thodi line Tak leh jaa sakta hai. It's your work and talent that's going to speak.

To this Dinesh Vijan the producer of the movie and Stree under Maddock Films added, “Raaj ka jugaad uski acting hai. I genuinely believe that.He will make you emotional, light will make you laugh. He's done really well and his dad will be proud of him”.

Watch 'Made In China' trailer here:

Directed by Mikhil Musale the film stars Mouni Roy, Boman Irani, Paresh Rawal. Sumeet Vyas and Gajraj Rao. The movie is slated to release on October 25th, 2019. We’re excited to watch Raj’s unibrow look with a potbelly look. For ‘jugaad’ is the key to survival but for Raj hardwork is the key to recognition.