Interestingly, upcoming films like Sooryavanshi and Brahmastra have some very special appearances as well. 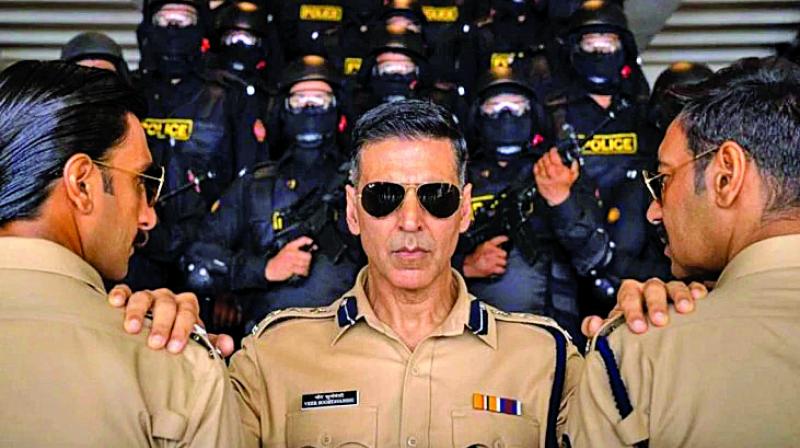 Akshay Kumar’s role in next year’s Valentine’ Day release Atrangi Re, directed by Rai and co-starring Dhanush as well as Sara Ali Khan, will see Akshay in what is being billed as an extended cameo.

In the olden days, it was called a special or a guest appearance and was never promoted. But these days, the same job is called a cameo and the news is told to one and all to increase the curiosity among the audience.

When Farah Khan and Shah Rukh Khan pulled in favours from the entire industry to assemble a multitude of cameos in the Om Shanti Om title song, it made sense in a film that had an interesting plotline and was made well.

But the very SRK’s film Zero, which not only saw Salman Khan doing a cameo in lieu of SRK doing one in his flop film Tubelight, saw a bevy of actresses from Sridevi to Karisma Kapoor to Deepika Padukone in it, was a wasted effort, judging by the fate of the Aanand L Rai directed film.

Akshay Kumar’s role in next year’s Valentine’ Day release Atrangi Re, directed by Rai and co-starring Dhanush as well as Sara Ali Khan, will see Akshay in what is being billed as an extended cameo. “If it is a significant role in the context of the film, it makes sense. It made sense for Hrithik Roshan to do a cameo in Don 2, Ajay Devgn and Akshay Kumar in Simmba because they added a lot to the film. But a lot of people are into mindless cameos these days,” says a trade source.

SRK too is going to be seen in a special appearance in the Ayan Mukerji directed Brahmastra: Part One, which is Karan’s most expensive film till date and stars Ranbir Kapoor, Alia Bhatt, Amitabh Bachchan, Nagarjuna and Mouni Roy in lead roles. Shah Rukh also played a cameo in Ae Dil Hai Mushkil, whereas Ranbir Kapoor played a cameo in PK.

“There is no way that big star cameos are going to help in terms of getting better box office collections,” says veteran publicity expert Rajesh Vasani of Paras Publicity, adding, “Whatever the extent of the publicity may be, it is only the content that works.” Interestingly, content film specialist Bhumi Pednekar will also be seen doing two cameos in a single week. While she reunites with her Dum Laga Ke Haisha co-star in Shubh Mangal Zyaada Saavdhan, she will also be seen doing a cameo in the Vicky Kaushal film for Karan Johar called Bhoot: Part One: The Haunted Ship.