The Telugu star and 'Padmavati' actor shot for an advertisement recently in California, USA and we can hardly wait. 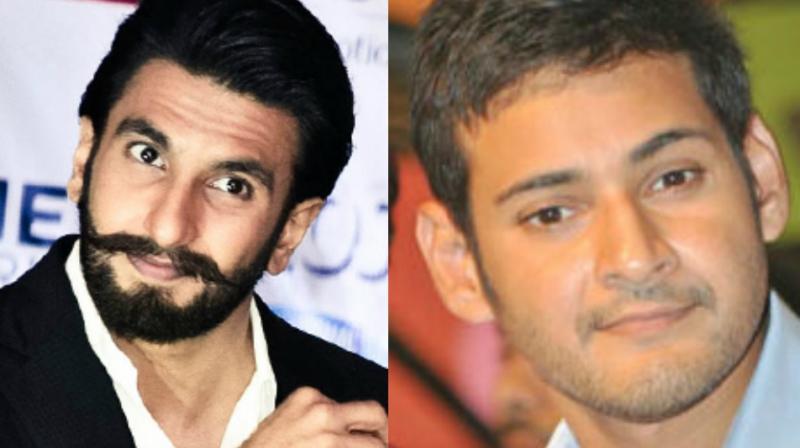 Mumbai: The only film industry that is arguably neck-to-neck to Bollywood in terms of scale or popularity of stars is the South film industry.

The blockbuster success of ‘Baahubali’ was just one of the indicators of the impact of South cinema around the country.

Stars like Rajinikanth have enjoyed tremendous fan following since several years and when they collaborate with a Bollywood star, the anticipation for the project is at its peak, as is evident with the upcoming film Akshay Kumar starrer ‘2.0.’

Another set of set of actors from Bollywood and South have come together and the project seems to be a grand collaboration.

Pictures of the two actors dressed as racers were shared on Instagram by Namrata Shirodkar, former Bollywood actress and wife of Mahesh Babu.

On the sets of Thums Up charged 👍👍nascar race track California !!

She also posted a picture of their son Gautam on the sidelines of the shoot.

Ranveer's connection with Telugu celebrities seems to be growing, having signed the adaptation of Junior NTR starrer ‘Temper’ recently.