Sonakshi is really happy dressing in the traditional Indian wear and feels that sari brings out the elegant lady in her. 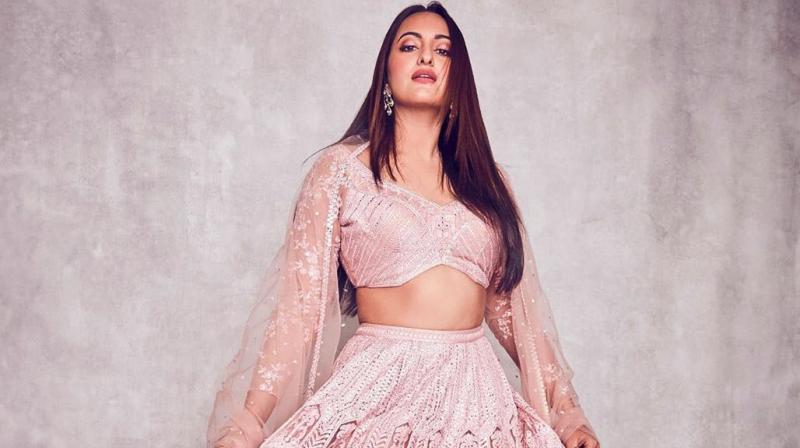 Back in 2010, when Sonakshi Sinha was introduced to the cinema goers as Rajjo, her image as a desi girl was set. Almost a decade later, the actress is all set with the third installment of her debut film. One of the most successful franchises, Dabanng 3 gave Sonaksi a gesi girl vibe and dressed her in vibrant sarees.

The actor is proud to get the title of desi girl, she say, “Getting this term ‘Desi Girl’ right from my first film feels great. When everyone was wearing short skirts and western outfits, I came in a lehenga-choli and sari in my first film and that people found it different and refreshing. Instead of fighting it, I accepted it and I made it my plus point and I am proud of the fact that I am the quintessential Hindi film heroine,” says Sonakshi.

Talking about how her character has been dressed in the movie, Sonakshi says, “All my attire has been designed by Ashley Rebello. He must have got brief from Prabhu Deva  that he needs color and energy through all those vibrant colors.  He made me wear such lovely saris.”

And Sonakshi is really happy dressing in the traditional Indian wear and feels that sari brings out the elegant lady in her. “Truly speaking, I am a jeans and T-Shirt person so my walk is like a dada. But whenever I drape a sari and walk around in sari I completely a different person. I become a lady like,” she smiles.

The actress who has earlier worked as a costume designer still finds herself discussing the characters’ costumes. “Fashion has become such a big part of my profession. I do add some inputs in most of my films.”

Apart from acting, the Lootera actress also enjoys swishing her paintbrush once in a while. “I have been possessive about my paintings. But I have made a few which I want to display to the world. I have not planned about it as yet. I think art is something you have to display. I paint animals, faces of people and also love to brush abstract,” concludes Sonakshi.